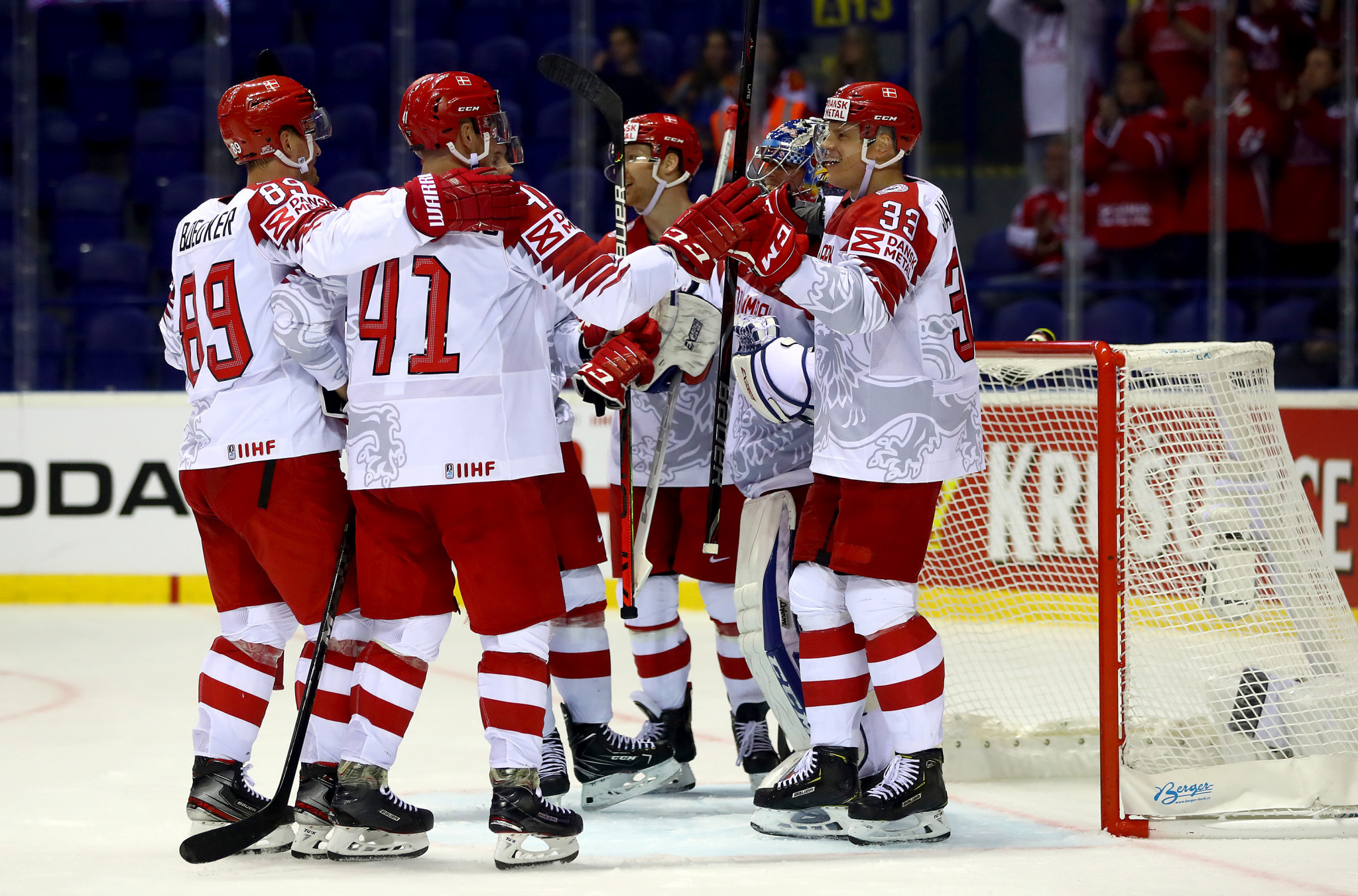 Denmark thrashed Great Britain 9-0 to put themselves in contention to secure a quarter-final place at the International Ice Hockey Federation World Championship in Slovakia.

The one-sided Group A win at Steel Arena in Košice was the largest in Danish history at the top level, marking the first time the country had scored nine in 110 World Championship games.

Morten Poulsen bagged a hat-trick, while Niklas Jensen grabbed a brace and Lars Eller racked up a goal and three assists

Also finding the net against the winless Britons were Jesper Jensen, Mathias Bau and Phillip Bruggisser.

Victory moved Denmark up to fourth place with five points, tied with the United States.

The top four teams will advance to the quarter-finals.

"Going into the game, we didn’t expect it to be easy," Eller said.

"It’s not easy to be the favourite, but today we handled it very well and were clearly the better team."

Today's other match in Group A saw Germany maintain their perfect record with a 4-1 win over France.

In Group B, Latvia bounced back from a 3-1 loss to Switzerland on Sunday (May 12) to beat Italy 3-0 and claim their second victory.

The Italians have lost three straight games and remain the only team not to have scored in the tournament.

"We've got to give credit to Italy," Latvia captain Lauris Dārziņš said.

"It's the World Championship and the players have been selected from a lot of teams.

"So they are Italy's best guys and we have to respect that."

The new leaders in Group B are Switzerland after they made it three wins out of three by defeating Austria 4-0.

They are level on nine points with Russia but have a superior goal difference of plus-15 to plus-11.

Competition is due to continue tomorrow with four matches scheduled.

In Group A, the US face Great Britain before Germany meet hosts Slovakia, while in Group B, Switzerland go up against Norway prior to Russia's clash with Italy.