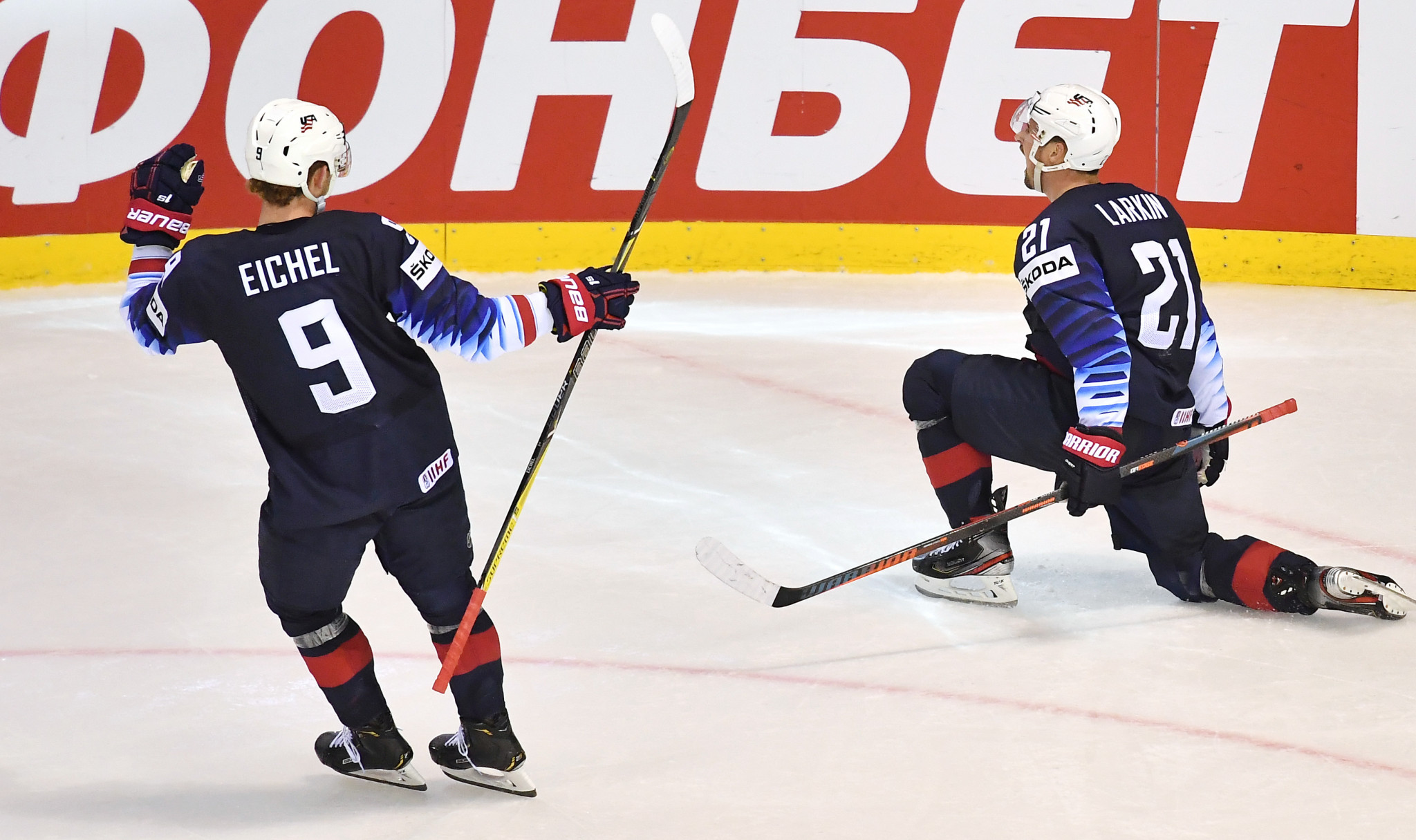 Dylan Larkin scored the winning goal three minutes and 47 seconds into overtime, ripping a wrist shot under the right arm of goaltender Veini Vehviläinen to settle the clash at Steel Arena in Košice.

Brady Skjei and Johnny Gaudreau had earlier put the US, 7-1 victors over France yesterday, 2-0 ahead.

Goals from Harri Pesonen and Niko Ojamäki forced overtime but Finland dropped their first points in an-ever tightening Group A.

"We're getting better every day and today was another improvement against a good team," US centre Derek Ryan said.

"That's the kind of tournament this is.

Today's other match in Group A saw Mark Stone score on the power play with only 1.8 seconds remaining in regulation time to give Canada a 6-5 victory against hosts Slovakia.

Canada trailed 2-0 and 4-2 but their opponents rallied in the third from 5-4 down to tie the game and seemingly force overtime.

The win moves the Canadians on to six points, behind only Finland, while Slovakia remain fifth with three points.

In Group B, a stellar shutout from Andrei Vasilevski helped Russia to a 3-0 victory over Czech Republic at Ondrej Nepela Arena in Bratislava.

Sergei Andronov, Nikita Gusev and Nikita Zaitsev scored for the Russians, who top the table with three consecutive wins.

"We were up against a good opponent, but did what our coaches asked of us," Vasilevski said.

"We played more on defence.

"It wasn’t a high-scoring game, but the main thing was we won.

"They know how to wind you up, but our special teams were the best thing on the ice."

There was also a Group B victory today for defending champions Sweden with William Nylander picking up five points, Alexander Wennberg collecting four and line-mate Patric Hörnqvist scoring twice in a 9-1 hammering of Norway.

Having thrashed Italy 8-0 yesterday, the Swedes now have two wins from three games.

Competition is due to continue tomorrow with four matches scheduled.