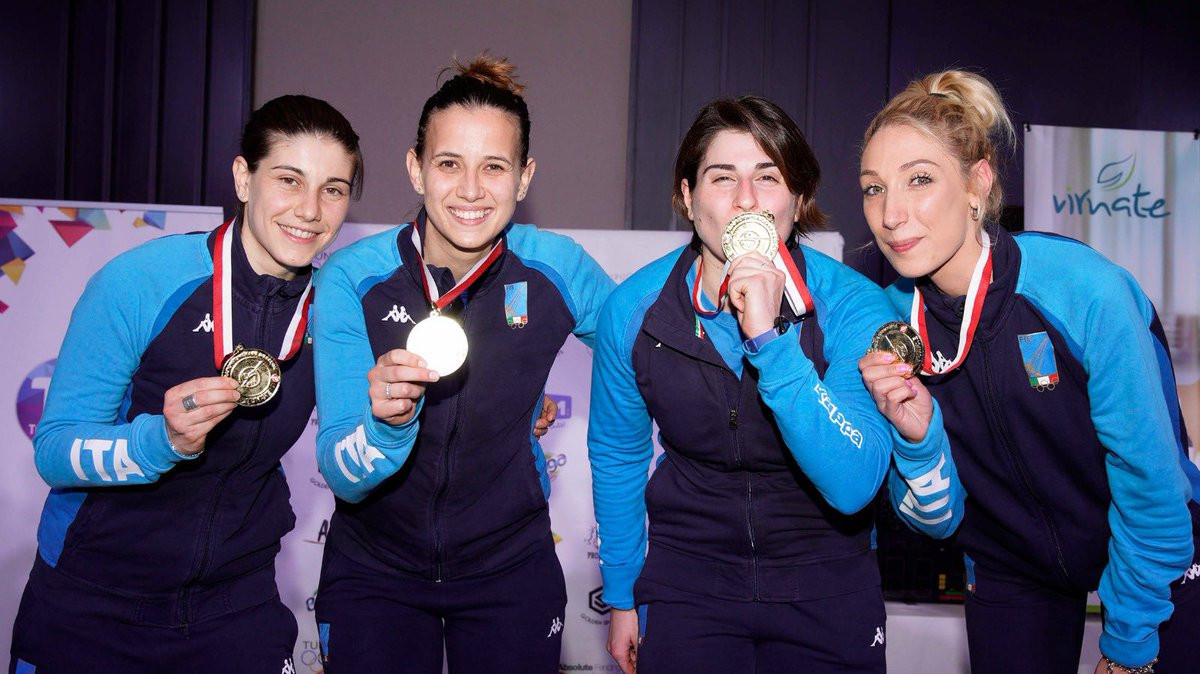 Italy finished with team gold on the final day of the International Fencing Federation Sabre World Cup event in Tunis.

They defeated Ukraine 45-42 in the final at El Menzah Sport Palace to emulate the Italian men's side, who had also taken team gold in Madrid.

Ukraine, silver medallists at the Rio 2016 Olympic Games, had edged past France 45-44 in the quarter-finals.

They then secured a 45-39 win over South Korea in the semis.

South Korea took the bronze medal with a 45-43 defeat of Japan.

With today's action concluding the World Cup event, the fencers will next be competing at the FIE Grand Prix in Moscow from May 24 to 26.