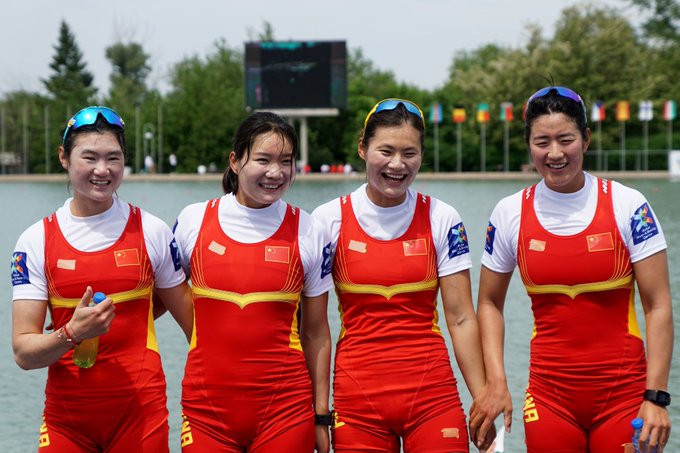 Martin Mackovic and Milos Vasic of Serbia upset world champions Martin and Valent Sinković to clinch gold in the men's pair as China claimed four victories at the World Rowing Cup in Plovdiv.

Mackovic and Vasic broke clear of the formidable Croatian pair and crossed the line in 6min 34.050sec to top the podium.

The Sinković brothers were forced to settle for silver in 6:36.030, while bronze went to Spain's Jaime Pazos and Javier Garcia.

Olympic silver medallist Damir Martin delivered gold for Croatia as he enjoyed a triumphant return from injury in the men's men's single sculls.

Robert Ven of Finland was the recipient of the bronze medal.

Lu Shiyu and Wang Yuwei won the women's double sculls final in 7:14.460 as Belarus earned silver and Cuba the bronze.

Zhiyu Liu and Liang Zhang, the fastest boat in the semi-finals yesterday, were victorious in the men's double sculls in a time of 6:31.320.

In the lightweight women's double sculls, Wu Qiang and Pan Dandan crossed the line in 7:23.040 to seal gold ahead of crews from the Netherlands and Poland.

The Chinese quartet then powered to gold in the women's quadruple sculls.

China were denied another victory in the women's single sculls as Dutch rower Lisa Scheenaard beat Jiang Yan by virtue of recording a time of 8:04.010.