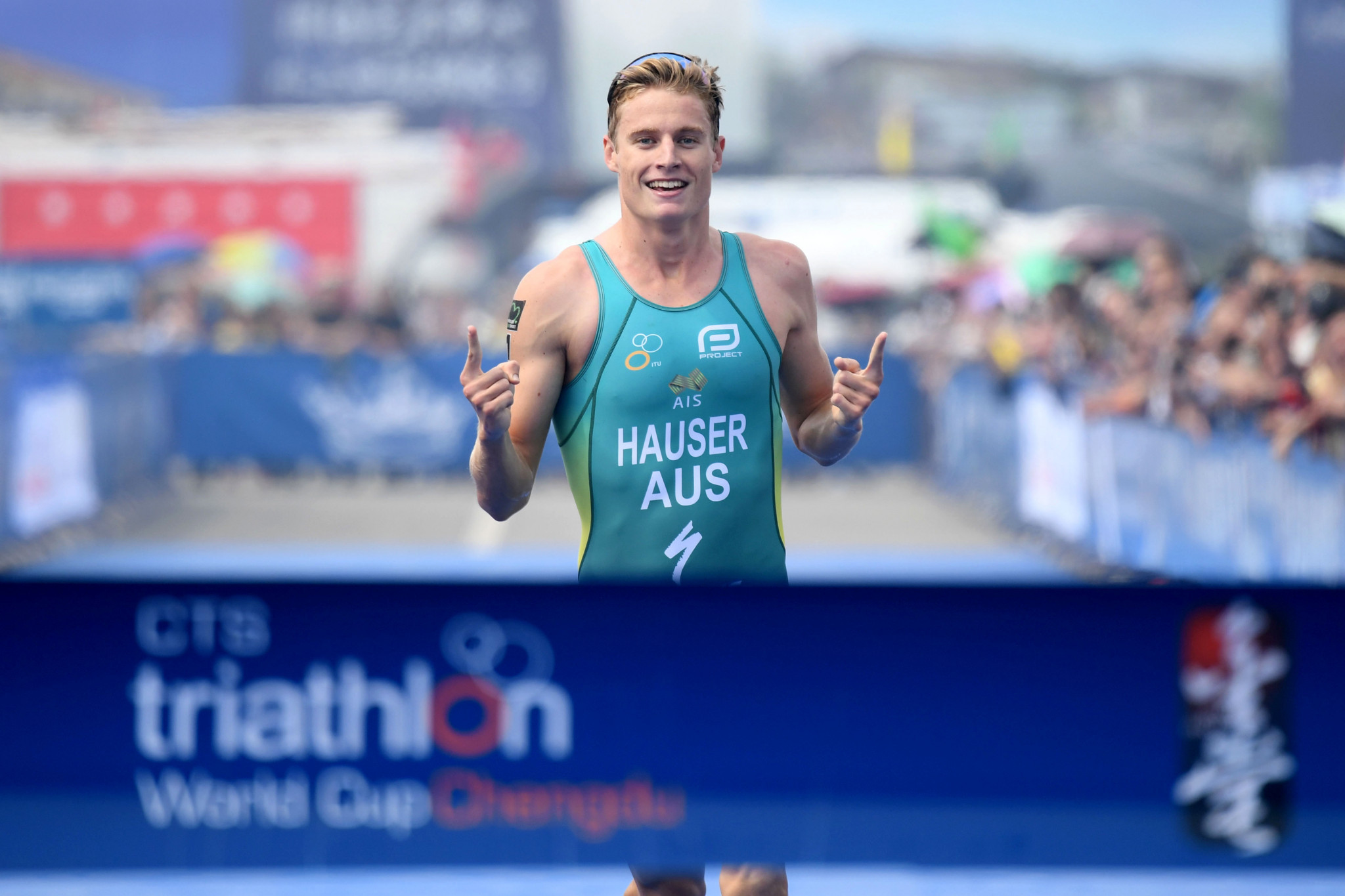 Australia's Matthew Hauser enjoyed a perfect return after a year out with injury as he clinched gold in the men's race at the International Triathlon Union (ITU) World Cup in Chengdu.

Hauser, winner of the corresponding event in 2017, completed the super-sprint course in 27min 42sec to secure an impressive victory.

"It feels good to be back racing and doing what we do best is such a thrill," said Hauser.

"To be back after a year of non-ITU racing and to come away with the win, I couldn’t ask for any more.

Germany’s Laura Lindemann triumphed in the women's race by clocking 31:18.

Lindemann, who dominated her semi-final yesterday, beat Renee Tomlin of the United States in a sprint finish to seal victory.

The German proved too strong and crossed the line 16 seconds faster than her American challenger.

The bronze medal was claimed by Belgium's Valerie Barthelemy.