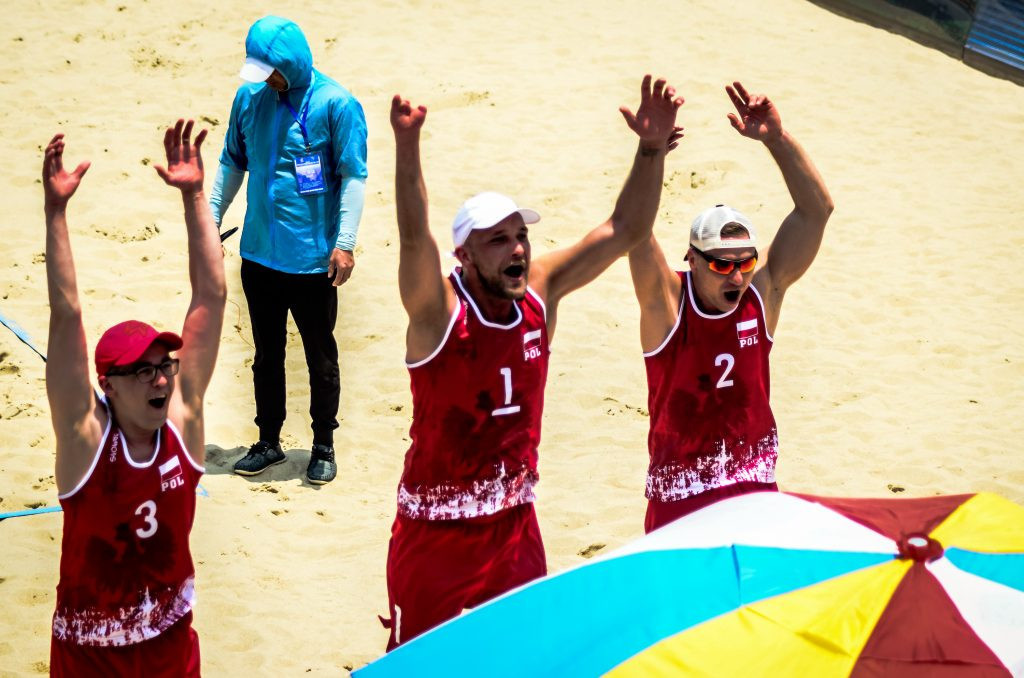 The American trio of Chris Seilkop, Dave Newkirk and Eric Duda rallied from a set down to beat Slovakians Rudolf Makovini, Martin Dubovsky and Juraj Kucej 16-21, 21-5, 15-12.

The fifth place play-off will be first on tomorrow, followed by the women’s final match between the United States and China.