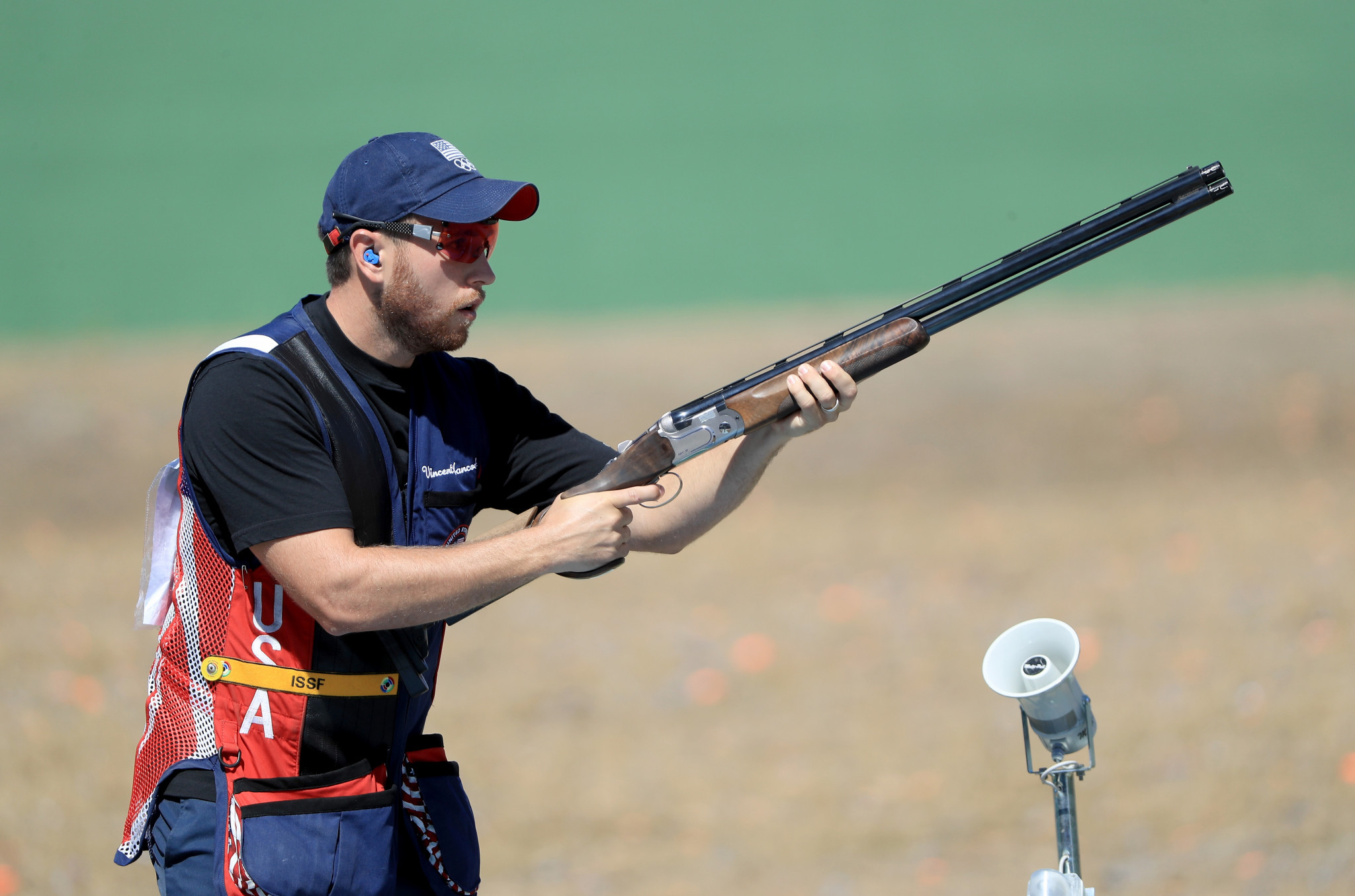 He thus completed a US skeet double in South Korea, his team-mate Kimberley Rhode having won the women’s gold on the previous day.

The 30-year-old, who won consecutive Olympic golds in 2008 and 2012, grabbed his first World Cup in Changwon in 2005 and secured his fifth World Championship last year at the same venue.

It is his second World Cup win of the year, as he triumphed in Acapulco in March.

Kuwait’s Mansour Al Rashedi could not manage to repeat his gold medal heroics in Al Ain last time out, but did take bronze with a score of 46.

Although local favourite Kang Hyun-suk was unable to win a medal he did earn an Olympic quota place for South Korea by finishing fourth, much to the home crowd’s delight.

The other quota place went Lari Pesonen from Finland who ended fifth.

Both Kang and Pesonen were appearing in their first finals.

Competition in Changwon continues on Wednesday with the women's trap event.