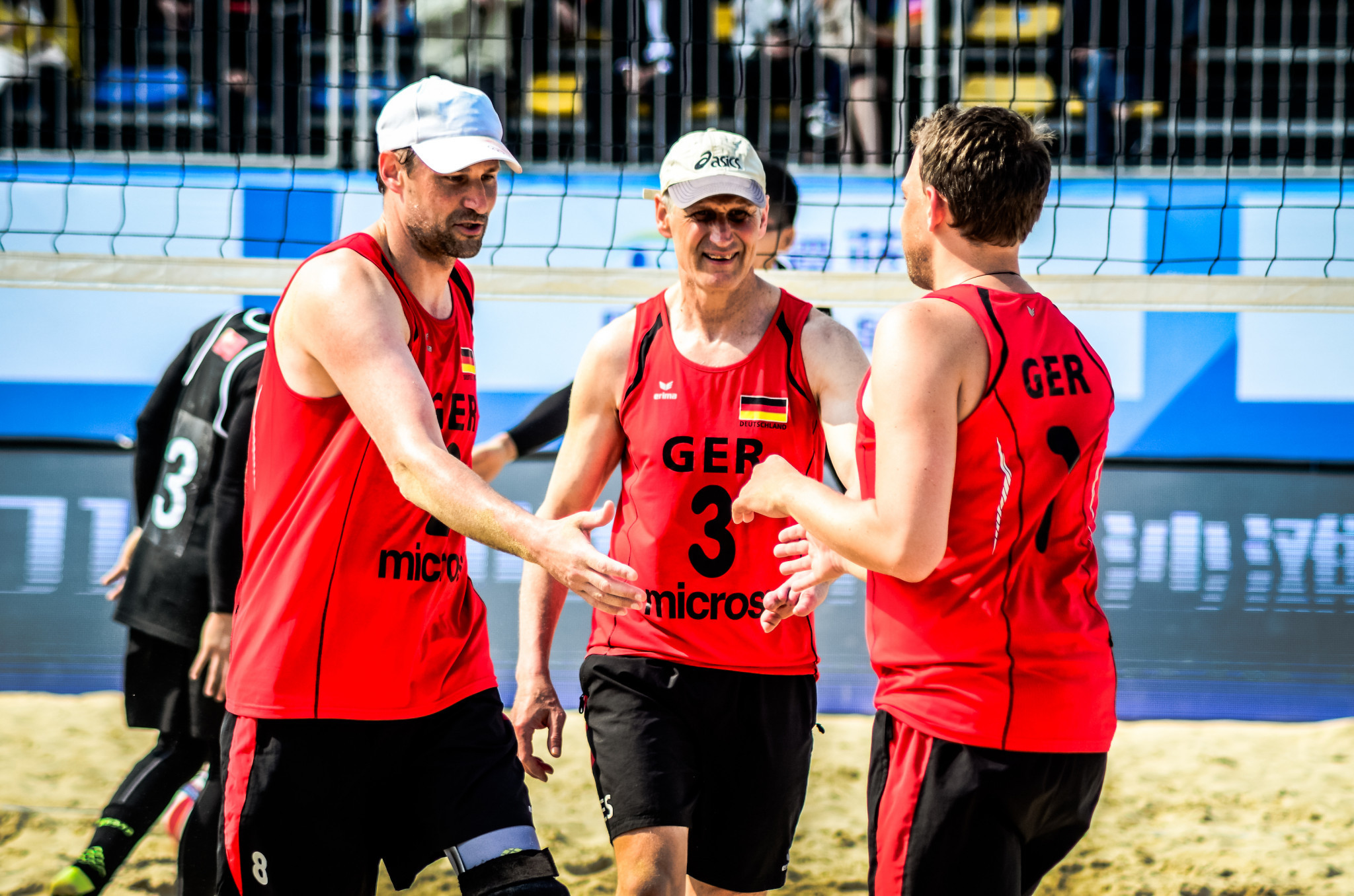 Germany and Poland 1 topped their respective groups with a sweep of all their matches in the pool play round at the inaugural Pingtan Beach ParaVolley World Series Open in China.

Germany’s Torben Schiewe, Heiko Wiesenthal and Elmar Sommer completed the sweep in Pool A with two victories today against India 1’s Datar Deewarata, Abhishek Aluwala and Sahir Ali Mallick - 21-15, 21-10 - and a win by default against China.

Also winning their matches on the second day were Poland 2, who finished second in Pool A.

Bartolomiej Synoweic, Jacek Molinski and Michal Wypych defeated Australian trio Nic Kaiser, Nick Coburn and Bradley Barclay 21-18, 23-21 and prevailed in the tiebreaker against India 1 by virtue of a 21-13, 9-21, 15-10 scoreline.

The men’s competition will continue tomorrow with Germany facing the United States in the opening game, followed by matches between Poland 2 and India 2, India 1 and Slovakia, and Australia and Poland 1.

In the clash of two teams from @ParaVolleyEU, @PolskaSiatkowka 🇵🇱 (1) take the first set over Slovakia 🇸🇰, 21-10! pic.twitter.com/YQuvkvf4p1

China continued with their dominance over the United States in the women’s competition as Li Min, Xu Danshu and Chen Yalin earned another straight-set win – 21-18, 21-10 – against Autumn Reagan, Meredith Gross and Skye McDermott.

The final match between these two sides will take place tomorrow.