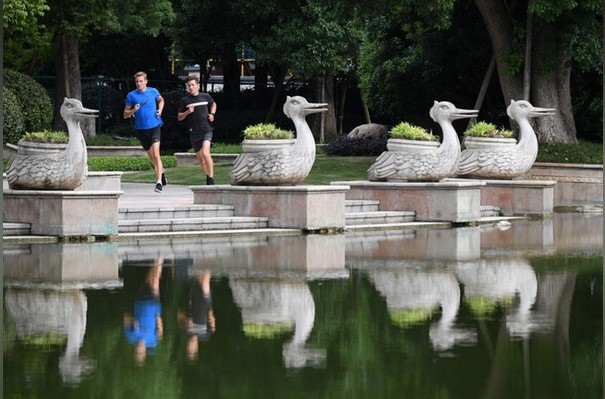 Chengdu in China will host a unique International Triathlon Union (ITU) World Cup event this weekend, where athletes will tackle a sprint and super-sprint format.

The event in the Chinese city, this week confirmed as the host of the 2025 World Games, is the only World Cup to use the multi-race format.

Semi-final rounds for men and women, due to take place tomorrow, will comprise a 750 metre swim, a 20km cycle and a 5km run.

Finals will be held using the super-sprint distance of a 400m swim, 10km bike and 2.5km run.

The top nine in each of the three men's heats, plus the athletes with the next three fastest time, will secure a place in the final.

Mexican Olympian Rodrigo Gonzalez will be aiming to continue his success in Chengdu, where he triumphed in 2016 before claiming bronze two years' later.

Hungarian Bence Bicsak, seventh at the World Triathlon Series event in Bermuda last month, and Canadian Matthew Sharpe could be among the other contenders.

Two semi-finals will be staged in the women's event, with the top 14 athletes combining with the two quickest losers to create a 30-strong field in the final.

Germany’s Laura Lindeman and Zsofia Kovasc of Hungary arrive with high hopes of success, along with Danielle DeFrancesco of Australia and China’s Mengying Zhong.

The event concludes with the finals on Sunday (May 12).