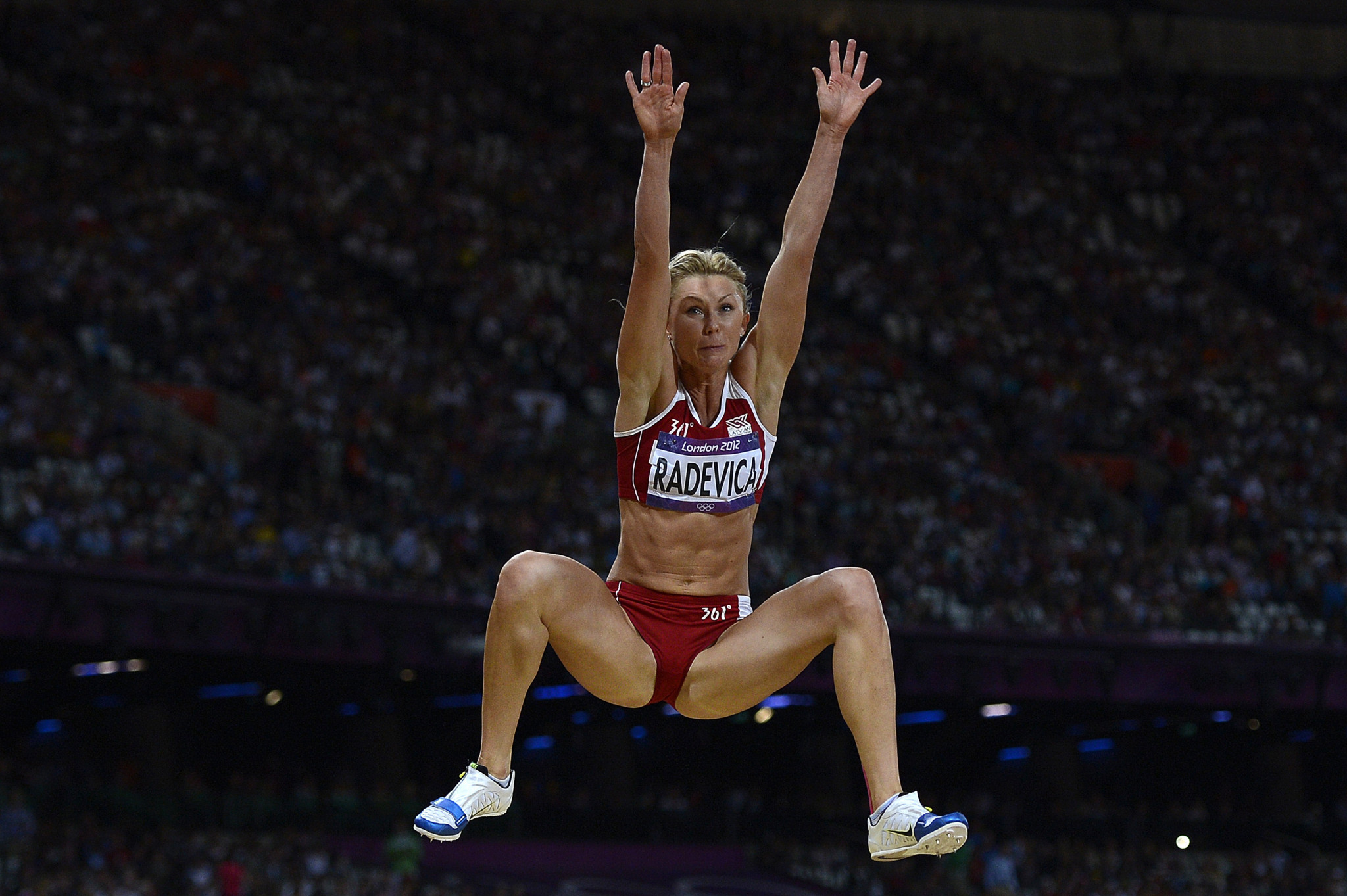 Latvian long jumper Ineta Radevica and Armenian weightlifter Melanie Daluzyan have both been disqualified from the London 2012 Olympic Games following the retesting of their seven-year-old samples, the International Olympic Committee (IOC) has announced today.

Reanalysis of the samples of Radevica, who finished fourth in the women's long jump event, resulted in a positive test for anabolic steroid oxandrolone.

Daluzyan, who bombed out of the women’s 69 kilograms event, tested positive for the prohibited substances of dehydrochlormethyltestosterone - otherwise known as oral turinabol -and stanozolol.

Both athletes, who have retired, face doping bans from their respective federations.

Radevica becomes the third athlete from the women's long jump final at London 2012 to be retrospectively disqualified.

The final had featured 11 jumpers rather than 12, with Turkey's Karin Mey Melis withdrawing after qualification when the International Association of Athletics Federations (IAAF) was notified that she had tested positive for testosterone at the 2012 European Championships in Helsinki.

In November of last year, the Latvian Athletics Association (LVS) accepted the resignation of Radevica as its President after the IAAF's Athletics Integrity Unit confirmed her positive retest for oxandrolone.

The AIU told insidethegames that while Radevica was temporarily barred from participating in any competition in her capacity as President of the LVS until such time as a final decision was made in the matter, she would be able to remain in her post should she and the LVS choose.

However, the 37-year-old opted to resign from the LVS and her decision was accepted.

Daluzyan’s positive test comes as another blow to the International Weightlifting Federation (IWF) with the sport having had a poor doping record for years.

Up until now, a total of 55 weightlifters, representing 12 countries, have been banned following retests after the Beijing 2008 and London 2012 Olympics.

There was more pleasing news for the IWF earlier this week, however, as it completed the second part of an agreement with the International Testing Agency (ITA) in a move effectively clinching weightlifting’s full inclusion on the programme for the 2024 Olympic Games in Paris.

The IOC has delegated the selection of samples to be reanalysed and the results management to the now-operational ITA, which will therefore review all the test results and notify the athletes concerned.

The notification gives them the choice to have their case heard before the Court of Arbitration for Sport or before an IOC disciplinary commission.

This choice is given as the anti-doping rules for London 2012 still apply for cases that arise from the current reanalyses.

The reanalysis programme for the samples from London 2012 will continue in 2019, before the end of the statute of limitations period is reached in 2020.

This is part of the IOC’s efforts to protect clean athletes and the integrity of competition.

The IOC has been storing samples from the Olympic Games since Athens 2004 and has reanalysed them systematically.

"The fight against doping is a top priority for the IOC, which has established a zero-tolerance policy to combat cheating and to make anyone responsible for using or providing doping products accountable," a statement from the organisation reads.