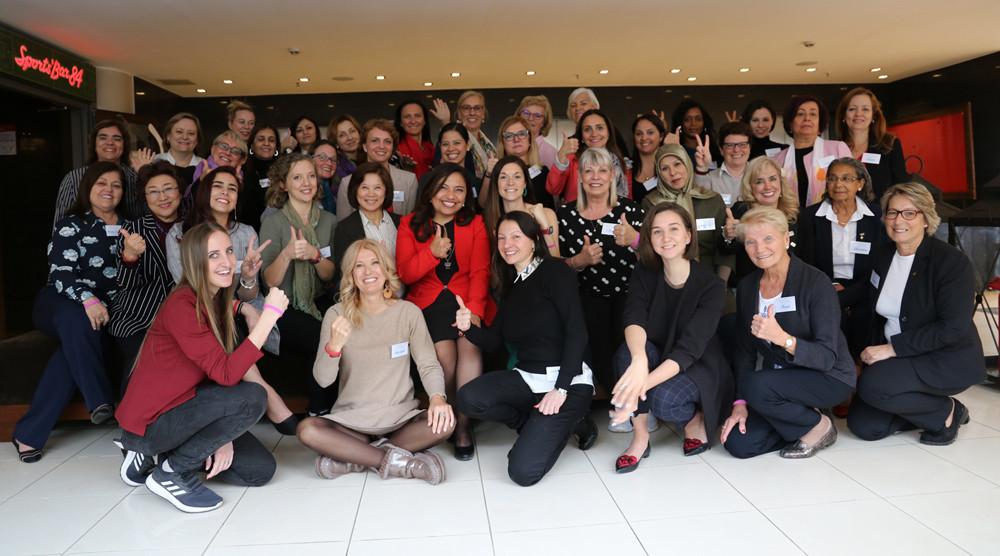 A forum designed to encourage female leadership has been held by the International Gymnastics Federation (FIG) as part of the organisation's efforts to improve gender balance.

The inaugural event in the Russian city of Saint Petersburg was attended by representatives from 40 countries.

The FIG claim the two-day forum will help increase the number of women in its decision-making bodies.

One of the FIG's vice-presidents is female, five-time Olympic gold medallist Nellie Kim, and the governing body has also introduced a 30 per cent quota for each gender in its elections for roles within the FIG.

The FIG said its main challenge was to identify and encourage those interested in taking on a governance role.

"We can see so many women as athletes, coaches and judges in gymnastics, so their number could naturally grow in leadership and executive positions," said FIG Women in Gymnastics Commission President Jacqueline Briggs-Weatherill.

"The world is changing fast.

"The opportunities will be there for millennial women, so we need to help them step up.”

The event featured workshops on topics including raising self-awareness, communication and leadership skills.

According to the FIG, the forum attracted interest from countries such as Azerbaijan, Brazil, Benin and Singapore.

"It was tremendous to see so many enthusiastic women sitting around the table here and to hear them gain confidence and feel that they could stand up to take on a position.

"By giving them skills and confidence, that is what is going to make the difference for gymnastics and make it a better sport."