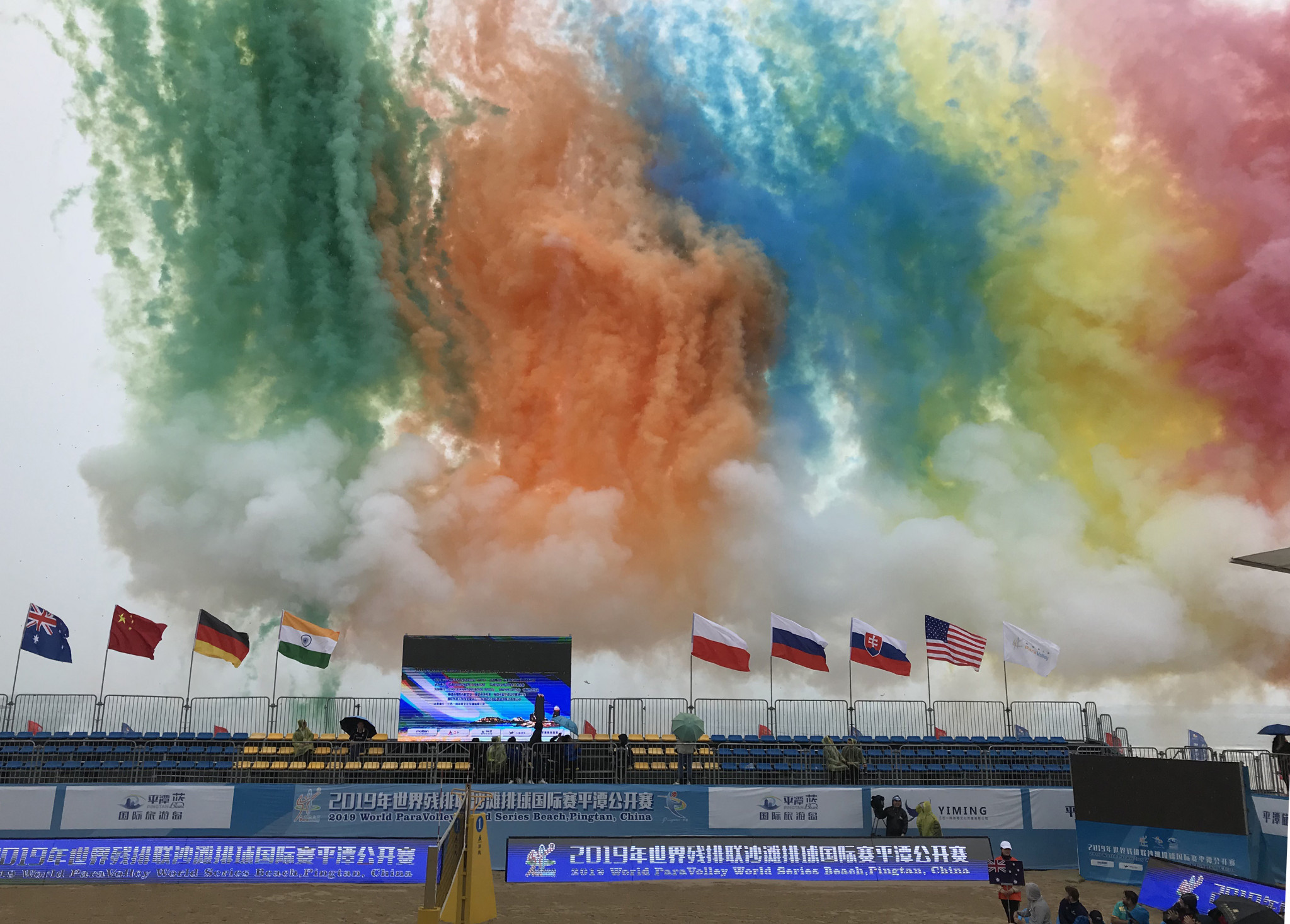 "All dreams have a beginning," said Couzner, whose goal is to see standing beach ParaVolley become a Paralympic discipline.

"The 2019 Pingtan Beach World Series Open represents the beginning of a process to achieving an ambitious goal for World ParaVolley athletes – that of participation as a new discipline in the Los Angeles 2028 Paralympic Games.

"This historic event World Series event in Pingtan has shown that there is a demand for Beach ParaVolley from athletes across the world and I know that this demand will only grow in the future.

"Here in Pingtan we have created history."

Couzner added: "I look forward to witnessing the very first World Series event for World ParaVolley athletes as we begin to realise the dream."

Couzner was speaking at a Opening Ceremony marked by dance performances and a colourful fireworks display at the event venue of Longwangtou Beach in Fuzhou.