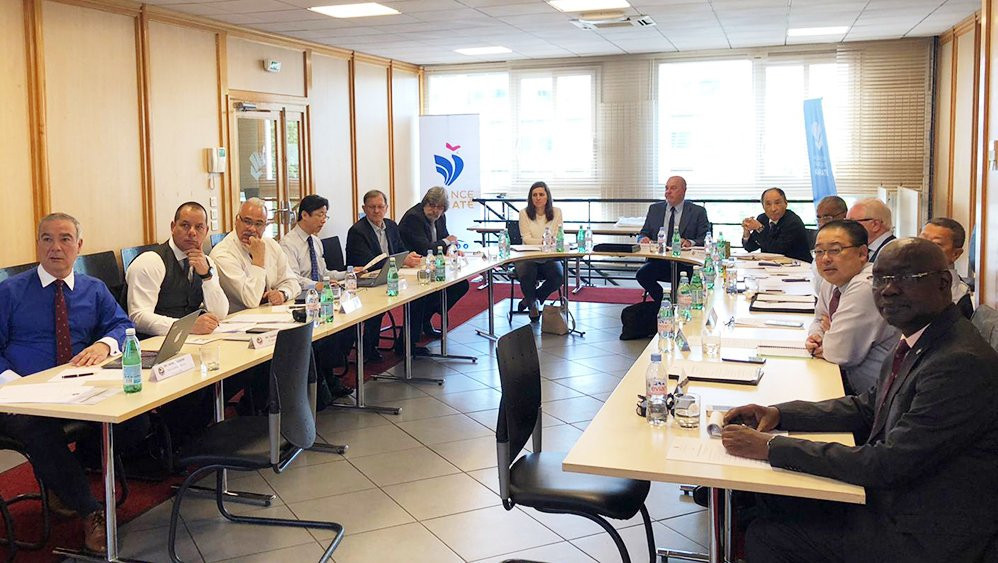 The World Karate Federation (WKF) campaign to secure the inclusion of the sport on the Paris 2024 Olympic Games programme was one of the items on the agenda during two days of meetings of the governing body’s stakeholders in the French capital.

A progress report was discussed on the #Karate2024 campaign, which aims to "showcase the unity of the sport and requests the inclusion of the discipline in the list of additional sports to be added to the programme of the Olympic Games".

In March, Paris 2024 stated it would not reconsider its proposal for new sports on the Olympic programme after holding a meeting with leading figures from karate, including WKF President Antonio Espinós.

Espinós was accompanied by Francis Didier, President of the French Karate Federation (FFK), and Toshihisa Nagura, secretary general of the WKF.

Their aim was to convince Paris 2024 to agree to karate being a fifth additional sport, joining breakdancing, sport climbing, skateboarding and surfing, pending final approval from the International Olympic Committee (IOC).

But their efforts proved unsuccessful with Paris 2024 explaining that "there were no new elements provided by the WKF that would imply reconsidering the proposal made to the IOC".

Also discussed at the meetings, headed by Espinós and held in the headquarters of the FFK, was preparations for karate’s Olympic debut at Tokyo 2020.

The WKF Olympic Planning Commission provided an update, while details of the most recent discussions with the Tokyo 2020 Organising Committee and the timeline for upcoming milestones were analysed.

The prospect of karate featuring at the 2022 Youth Olympic Games in Senegal’s capital Dakar was also reviewed.

Among the other items on the agenda were the presentation of the WKF draft calendar for 2020 and thestate of major competitions, such as the Karate 1-Premier League, Karate 1-Series A and Karate 1-Youth League.

Additionally, an assessment of the new kata evaluation system was examined and a discussion on potential changes in the kumite rules took place.

The meetings were attended by members of the WKF Executive Bureau with representatives of the Olympic Planning Commission, Athletes' Entourage Commission and Olympic Strategy Commission all present along with the Presidents of every continental federation.

"It is very important that we work together to further grow our sport," Espinós said.

"Only by sharing our ideas, our experience and our resources can we truly confront the tremendous challenges that we have ahead of us.

"The meetings in Paris have helped us to achieve our goals to prepare for these challenges and to continue developing our structures.

"I am confident that we are moving in the right direction, raising the relevance of the sport worldwide and maximising our opportunities to continue making karate the best combat sport."