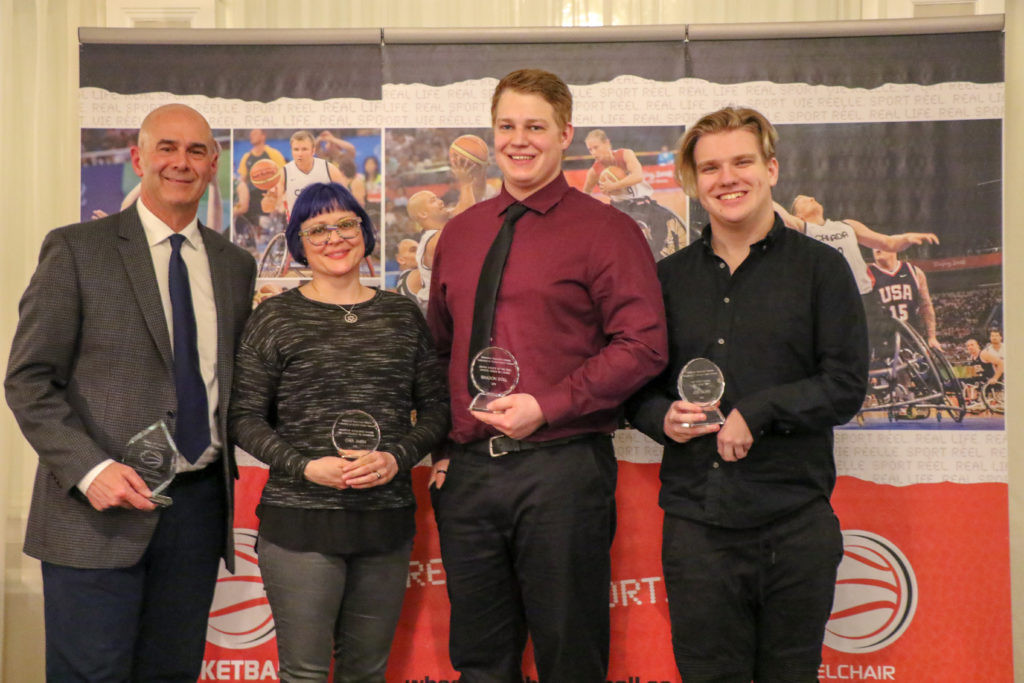 Four Albertans were among the five outstanding individuals honoured at the Wheelchair Basketball Canada (WBC) Annual Awards, which saw decorated referee Sergio Giordano inducted into the Hall of Fame.

The WBC Annual Awards and Hall of Fame ceremony were held as part of the festivities at the 2019 Canadian Wheelchair Basketball League (CWBL) National Championship in Charlottetown.

The class of award recipients included a trio of Alberta athletes with Arinn Young and Bradon Doll named the female and junior athlete of the year, respectively, and Jon Bilan receiving the True Sport accolade.

Widely known by her nickname "Juice", Young is a star player on the rise thanks to what WBC describes as her "world-class basketball skill and her reputation as great communicator and respected team-mate".

She averaged 20.1 points per game.

It was Young's first major international tournament in a starting role and she helped Canada to a fifth-place finish.

She also picked up a gold medal and was named the most valuable player when representing Edmonton Inferno at the 2018 CWBL Women’s National Championship.

Additionally, Young excelled south of the border as a student athlete at the University of Alabama, where she stars for the women’s wheelchair basketball team.

She helped lead Crimson Tide to a silver medal at the collegiate national championship and was named a first team All-American in 2018.

Fellow Albertan Doll has established himself as one of Canada’s top young able-bodied players, while WBC hails Bilan as embodying "the characteristics behind the True Sport movement and all that is positive about sport and the spirit of competition" and Smith as an "extraordinary volunteer, coach and advocate who is well-known for her unwavering enthusiasm".

"We are proud to celebrate the outstanding achievements of trailblazers in the Canadian wheelchair basketball community and recognise their profound impact in propelling the game forward while inspiring future generations along the way," WBC executive director Wendy Gittens said.

"Each of the recipients personify our core values and we congratulate them for their leadership and commitment to excellence in wheelchair basketball."

Long-time referee Giordano, meanwhile, entered the WBC Hall of Fame in the official category in recognition of his outstanding contributions to the wheelchair basketball community.

"I am humbled and honoured to be inducted into the WBC Hall Of Fame as an official," Giordano said.

"This is the pinnacle of my career as a basketball official.

"I have been involved in wheelchair basketball for more than 30 years and I have enjoyed many incredible experiences.

"I have met wonderful people along the way within the wheelchair basketball family: athletes, coaches, supporters and all my other colleagues on and off the court.

"I have been supported and encouraged by my mentors in the past, and I hope I have inspired current and upcoming officials in Canada and abroad.

"I also want to especially thank my wife, Lorraine, for her endless support as I was away many days from our home.

"She has been incredible towards me for pursuing my goals and love of this wonderful sport."