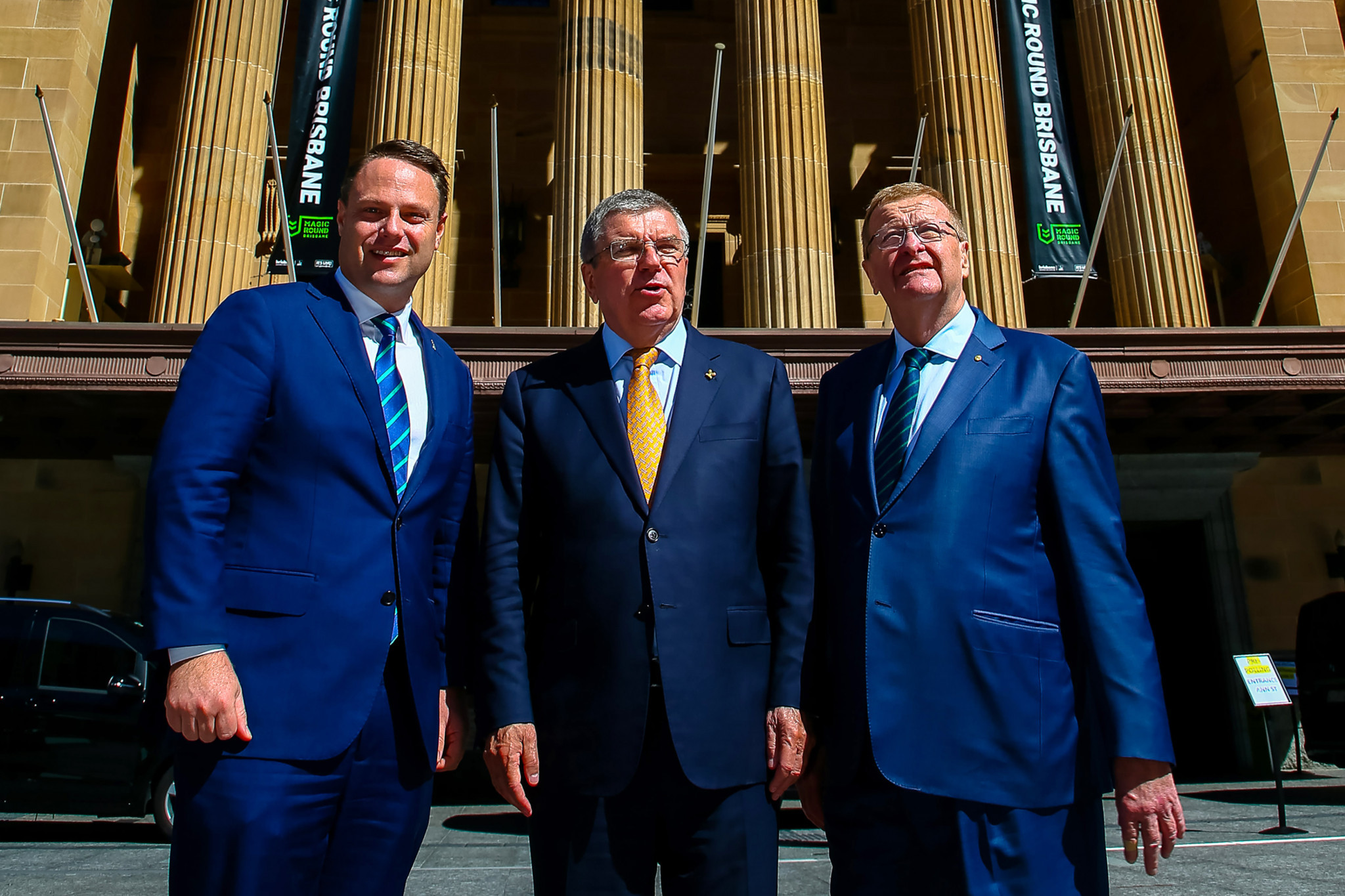 Bach elaborated on his comments at the Australian Olympic Committee (AOC) Annual General Meeting in Sydney last week, when he admitted he feared the current system "creates too many losers in the end".

The German, following a meeting with mayors from South East Queensland over Brisbane’s potential bid for the 2032 Olympic and Paralympic Games, claimed it was time for the IOC to take the “next step” in adjusting its candidature process.

“We made the revolution with Olympic Agenda 2020 by going away from the tender procedure we had before,” he said.

“We are focusing more on dialogue and cooperation.

“Now we feel the next step should be taken.

“We should study whether we can make the candidature procedure even more target-oriented, more flexible and more cooperative on a more bilateral level.

While suggesting a more targeted approach could occur in the future, Bach claimed he would not predict the conclusions of a working group established to assess changes to the bid process.

Bach had previously insisted the IOC would not move towards selecting its host cities.

The model has increasingly been favoured by several sporting organisations in the Olympic Movement, including the International Associations of Athletics Federations.

The formation of the working group came after the organisation had been left with two host cities to choose from for the second consecutive Winter Olympic Games.

Stockholm-Åre and Milan-Cortina d'Ampezzo are the two candidates for 2026, while Beijing and Almaty were the only cities who made it to the vote for the host of the 2022 Games.

Four of the initial six cities interested in staging the 2022 Winter Olympics dropped out, while two out of an original field of seven remain in the race for the 2026 Games.

The IOC also decided to award the 2024 and 2028 Summer Olympics simultaneously, to Paris and Los Angeles, respectively, following a spate of withdrawals from cities bidding for the earlier edition.

A working group established in 2017 by the IOC and chaired by former vice-president Coates eventually led to the historic double award.

Alongside Brisbane, Jakarta in Indonesia and Mumbai in India have expressed their interest in staging the 2032 Olympic Games.

There is also a proposal for a joint Pyongyang-Seoul bid from North and South Korea.