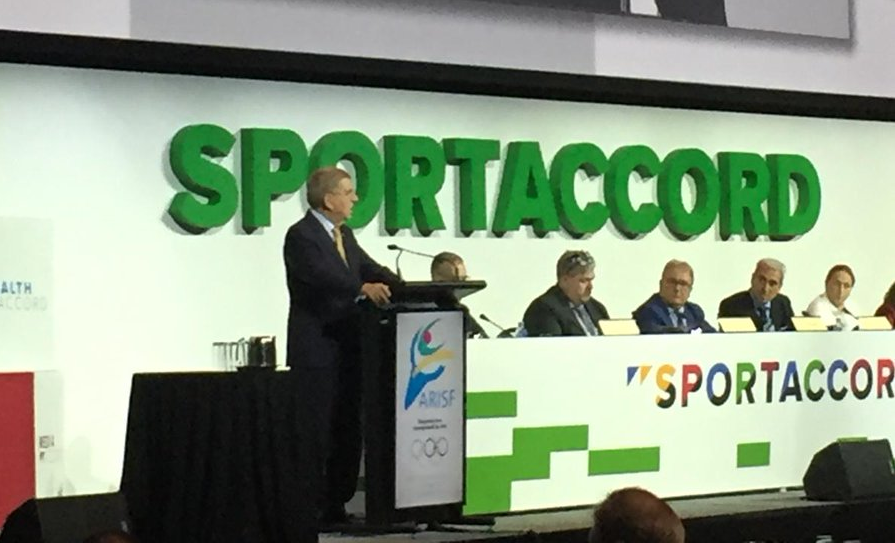 The Association of IOC Recognised International Sports Federations (ARISF) have adopted a new strategic plan as the organisation reaffirmed its aim to become a service-based body.

The plan was adopted at the ARISF General Assembly here today following confirmation the body will sign a Memorandum of Understanding (MoU) with the Global Association of International Sports Federations (GAISF).

The agreement comes with ARISF President Raffaele Chiulli set to assume the GAISF Presidency on a full-time basis on Friday (May 10).

The Italian claimed the agreement was part of a "simple and clear strategy".

“This agreement will lead to a streamlined operation."

With GAISF set to take over some of ARISF’s current responsibilities, an updated strategic plan for 2019 to 2022 was outlined to reaffirm the role of the body during a General Assembly addressed by International Olympic Committee (IOC) President Thomas Bach.

The plan was based on based on three key tasks outlined by ARISF members in a survey conducted by the organisation, which saw 37 of 42 members respond.

Members called for ARISF to advocate their interests to the IOC, particularly regarding the process surrounding Olympic inclusion.

Supporting members with governance was also highlighted as a role, including boosting relationships with the World Anti-Doping Agency and increasing athlete representation within organisations.

Increasing the marketing of sports, including helping their involvement in multi-sport events, was also cited as a key task.

The strategic plan saw ARISF vow to further improve the relationship with the key stakeholders of the Olympic Movement.

This is set to involve collaborating and clarifying the recognition process with the IOC, as well as the pathway for ARISF sports.

ARISF becoming more involved in the IOC development support and funding process was also highlighted, along with aiming to increase the importance of ARISF members recognition with National Olympic Committees and their regional bodies.

The plan will also see ARISF take responsibility for raising topics with GAISF on behalf of their members and facilitating the participation of members within multi-sport Games.

Working to increase the visibility and information about ARISF and its member sports will be another responsibility, in addition to helping members add value in their activities and increase their go to market capability.