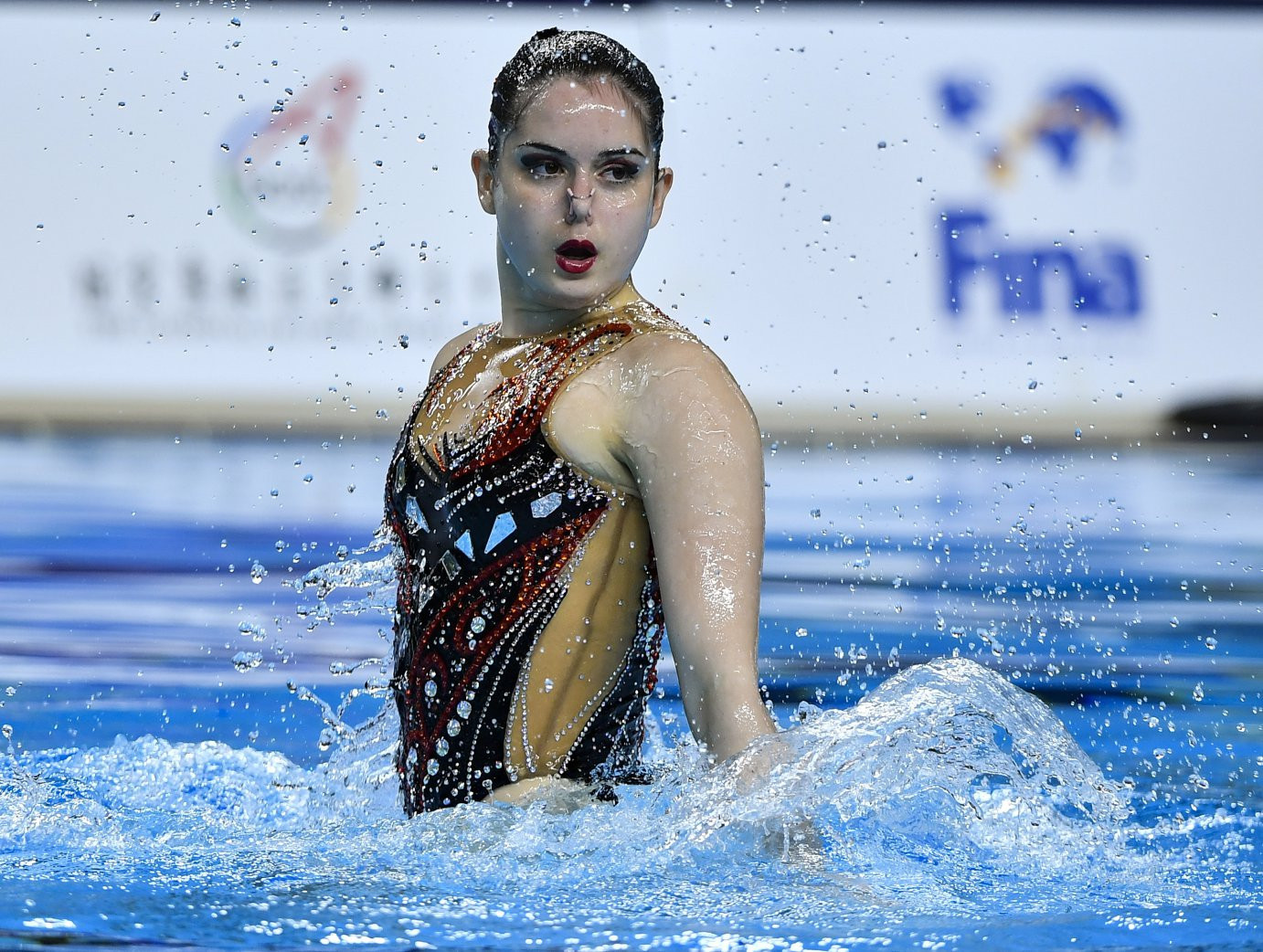 Canada’s Jacqueline Simoneau took to four her collection of gold medals at the International Swimming Federation (FINA) Artistic Swimming World Series in Beijing today as she won the solo free routine and played a part in the winning highlight performance.

The other gold of the second day of competition in Ying Tung Natatorium, which hosted water polo at the Beijing 2008 Games, went to the hosts in the free combination event.

Nevena Dimitruevic of Serbia took the silver in 78.1000.

"I am happy with my solo performance,” Simoneau told FINA.

“As it was the first event held in the morning, I got up at 6.15am and the most difficult thing was not the competition but to decorate my hair with jelly.

“It took me about 30 minutes to do my make-up and make the perfect hairstyle!"

Returning veteran Sun Wenyan brought all her experience to bear as the hosts won the free combination event.

Sun, who returned to the national team at the end of 2018 after leaving two years earlier, played a full part as China used the same theme – “Stormy Ocean” – that had provided its first world title at Budapest in 2017.

"I am in very good shape, better than in the past,” said Sun.

“I feel more powerful and stronger and I am happy to come back to the national team.

“Since the free combination time has changed from four and a half minutes to four minutes, we changed some choreography from the original routine.

“The renovated version is more difficult and intensive, and the moves were faster.

China head coach Wang Jie said: "It is our first show of the year. I am satisfied with my girls – it was just a test to prepare for the World Championships"