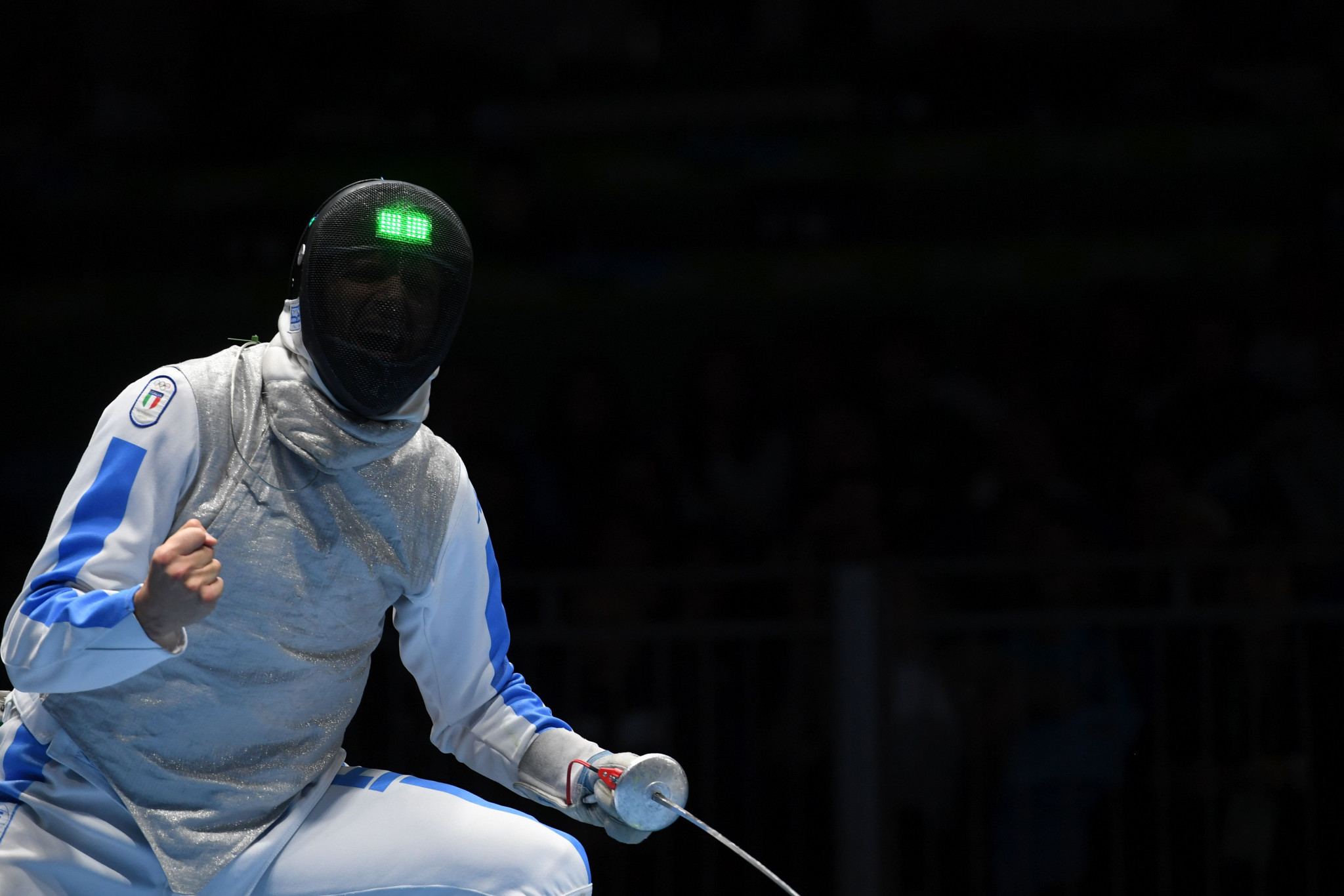 Cassarà, a member of the Italian squads which claimed the team title at the Athens 2004 and London 2012 Olympic Games, edged his compatriot 15-13 in the final.

The 35-year-old came into the contest against the top seed as the outsider but got his tactics right to top the podium.

Cassarà thrashed Germany's Benjamin Kleibrink, the Beijing 2008 individual foil champion, 15-4 to book his place in the final in style.

Foconi, the only semi-finalist under the age of 30, defeated four-time world team champion Erwann Le Péchoux of France 15-12 in his last four encounter.

Cassarà and Foconi will have to put their individual battle behind them as they are set to compete for Italy in the team event tomorrow.

Olympic champion Inna Deriglazova triumphed in an all-Russian women's final as she beat team-mate Anastasia Ivanova at Tauberbischofsheim in Germany.

Deriglazova overcame Ivanova 15-7 in the gold medal bout to add World Cup glory to her triumph at the Grand Prix in California in March.

At the Epée Grand Prix in Cali, world champion Yannick Borel crashed out at the first round stage as he suffered a shock 15-9 defeat to Luxembourg's Flavio Giannotte.