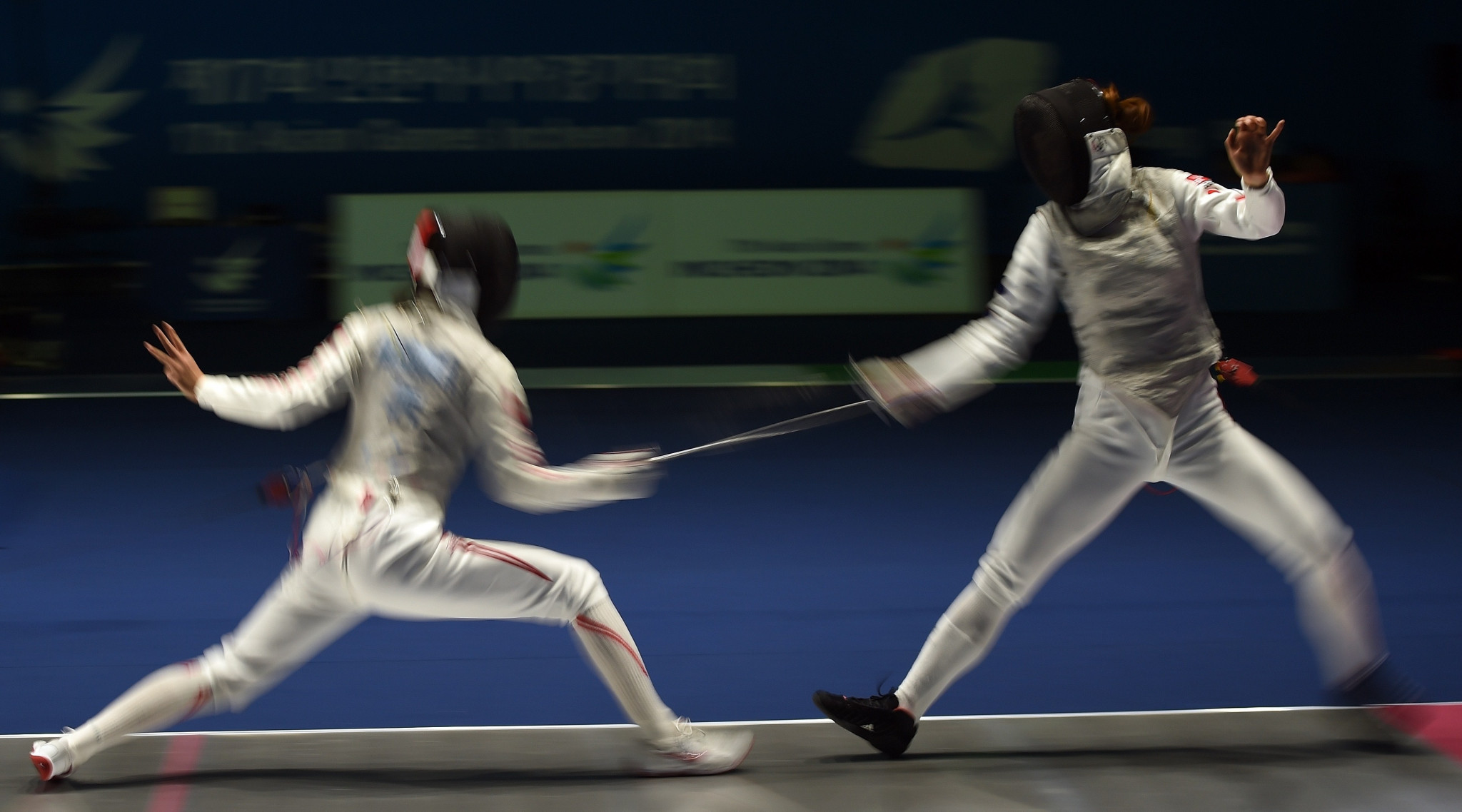 Yanoaka came through two qualifying rounds to earn that distinction, beating France’s Eva Lacheray 15-13 in her opening bout before getting past Maia Weintraub of the United States 15-14.

At the other end of the draw, Italy’s world champion and second-ranked Alice Volpi is set to cross foil with Romanian qualifier Malina Calugareanu in her opening bout  tomorrow morning.

In the FIE Men’s Foil World Cup taking place in Saint Petersburg, Philip Shin of the United States won both his qualifying bouts - defeating Alex Tofalides of Cyprus 15-13 and Canada’s Max Van Haaster 15-11 - to offer the first opposition of the weekend to Italy’s world champion and top-ranked Alessio Foconi.

Foconi’s team-mate Daniele Garozzo, the Rio 2016 champion, is due to meet Iskaner Akhmetov of Russia, who had a first round bye before beating Uladzislau Kurylovich of Belarus 15-8.

The Georgian had a first round bye before beating China’s Chen Haiwei 15-13.

At the FIE Épée Grand Prix in Colombia, the home crowd were delighted when John Edison Rodriguez progressed through the qualification round to the main draw.

He defeated Na Jongkwan of United States 15-10 to set up a clash with France's Romaine Cannone, 29 places above him the seedings.

Luxembourg's Flavio Giannotte won two qualifying matches to reach the main draw and a tie against the top seed, Yannick Borel of France.

The competition continues tomorrow with the main draw of the men's event and the first day of women's action.