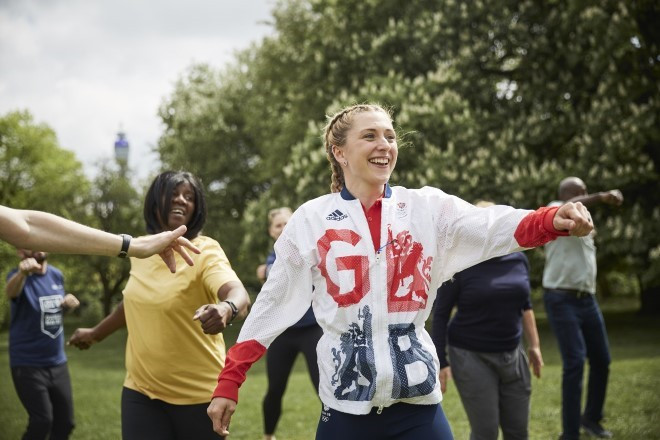 The British Olympic Association (BOA) and Toyota have announced their “I Am Team GB” campaign will take place in August.

The first edition of the initiative took place following the Rio 2016 Olympic Games and featured thousands of free sporting events across the country.

It was claimed to be an example of elite success filtering through to grassroots sport.

Billed as “The Nation’s Biggest Sports Day”, the campaign will culminate each August bank holiday in 2019 and 2020 with a day of sport and physical activity.

The BOA has expressed its aim for the event to be part of an annual campaign to drive sustained growth in physical activity.

“We’re proud to relaunch I Am Team GB alongside Toyota and feel that together we can create an impactful and fun opportunity for local communities to come together, get moving and enjoy the bank holiday weekend,” said Tim Ellerton, BOA commercial director.

“We saw the incredible impact of I Am Team GB in 2016 after the Rio Games, the creativity of events, the engagement of communities and the enjoyment of athletes and fans alike.

“We are excited as to what we can achieve together with Toyota to get the nation moving”.

Car giant Toyota is working with the BOA on campaign and will serve as its first title partner.

Toyota have named cyclist Laura Kenny as the lead ambassador for the scheme.

Kenny is Britain’s most successful female Olympian having earned double gold on the track at the London 2012 and Rio 2016 Olympics.

She will feature in marketing activity encouraging people across the United Kingdom to take part, while National Lottery-funded athletes will also be present at events.

“I am extremely excited to be working with Toyota and Team GB to launch I Am Team GB,” said Kenny.

“I Am Team GB isn’t just about sport, it’s about getting the nation moving, having fun and all of the physical and mental benefits that come with it.”

The BOA said volunteers would also be supported, with their role crucial in ensuring communities are active.

Volunteers will be called “I Am Team GB Games Makers”, following on from the Games Makers who supported the London 2012 Olympic and Paralympic Games.

The BOA will also work with National Governing Bodies to engage with grassroots communities and drive awareness.