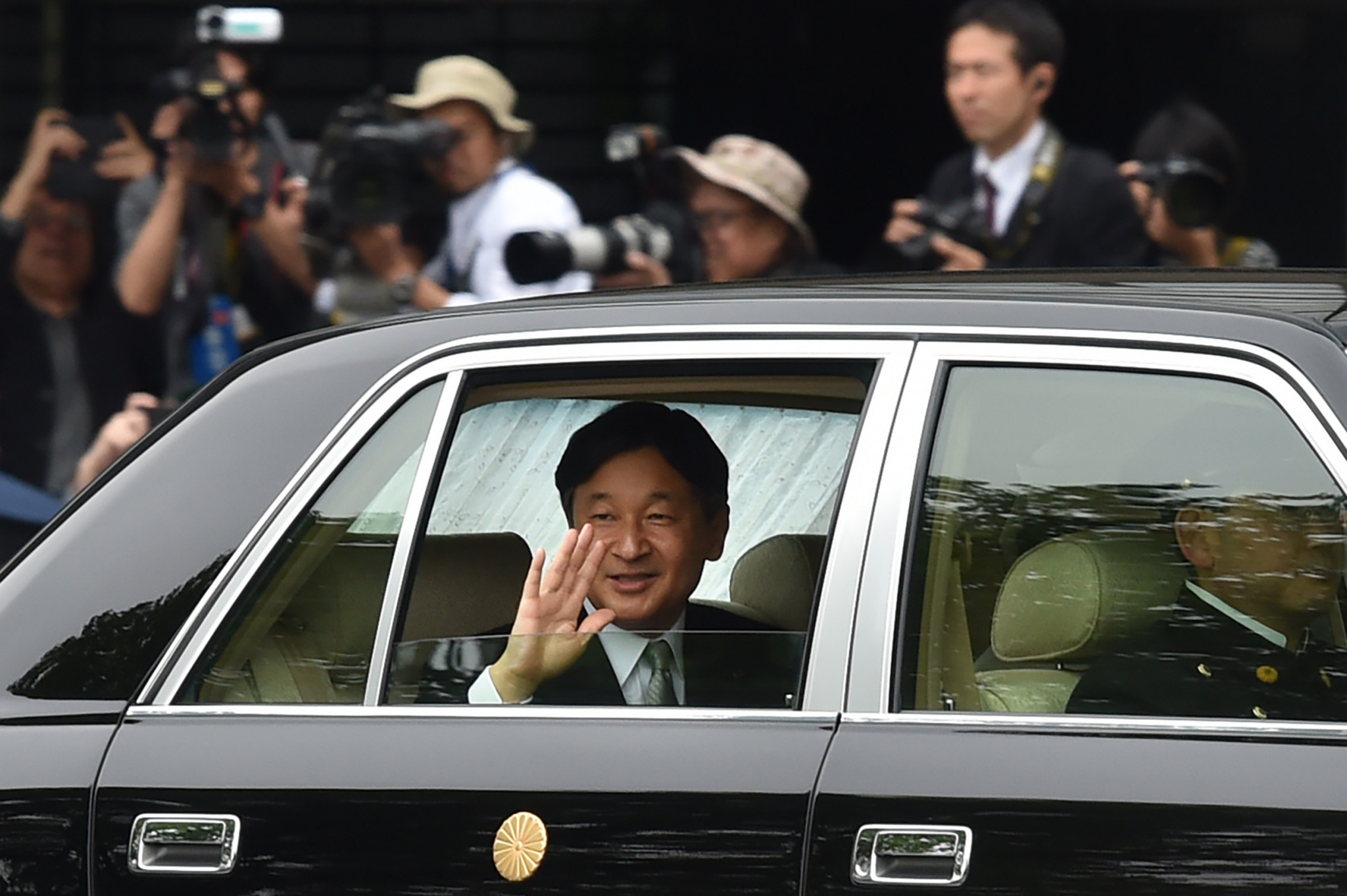 The accession of Emperor Naruhito in Tokyo will continue a strong Olympic tradition in the Japanese royal family.

It will fall to him to open the Tokyo 2020 Games with the Japanese translation of the simple words set down in the Olympic Charter – "I declare open the Games of Tokyo celebrating the 32nd Olympiad of the Modern Era".

In doing so he will emulate both his father and grandfather.

He is also expected to open the International Olympic Committee Session in Tokyo which will immediately precede the Games.

It was at exactly midnight local time that Naruhito became Emperor, succeeding his father Akihito who will now be known as ‘’ Joko’’ or Emperor Emeritus.

Later in the day, huge crowds waited for Naruhito’s motorcade to arrive at Tokyo Imperial Palace for the ceremony of formal accession.

There he received the Imperial regalia known as Sanshu no Jingi or sacred treasures of the royal family.

These included a mirror, Kusanagi no Tsurugi – a herb-quelling sword – and Yasakani no Magatama – a precious stone – each item symbolic of what is known as the "chrysanthemum" throne.

After the ceremony, he was joined by Empress Masako.

‘’When I think about the important responsibility I have assumed. I am filled with a sense of solemnity," he said.

"I simply pray for the happiness of the people and the further development of the nation as well as the peace of the world."

Prime Minister Shinzo Abe told the emperor he was ‘’looking to you as the symbol of our country and the unity of the people, amid a fast-changing world, in peace and full of hope, with pride in Japan’s bright future”.

Elsewhere, portable shrines were carried through the streets to celebrate the accession of the new emperor.

Naruhito has pledged to modernise the imperial family and will be a familiar face in what promises to be the busiest sporting year in Japan’s history – the Rugby World Cup in September is followed by the Olympic Games next year.

When Naruhito’s grandfather Hirohito spoke to open the 1958 Asian Games in Tokyo, it was the first time that many Japanese citizens had heard him speak.

IOC President Avery Brundage was careful to use a specific form of address when Hirohito began the family’s Olympic tradition by opening the 1964 Olympic Games in Tokyo.

He became the first monarch to do so twice when he also opened the Sapporo Winter Olympics in 1972.

A smiling emperor Akihito was on hand to open the 1998 Winter Olympic Games in Nagano.

It is an Olympic duty that will now pass to Naruhito and he has some experience.

When Sapporo hosted the Winter Universiade in 1991, Naruhito, then crown prince, performed the opening and did so again at the Paralympics that year.

Japanese sports fans might just ponder that his presence is a good omen.

In 1998, Hiroyasu Shimizu won 500m speed skating gold for Japan and who should be watching in the stand?

A beaming Naruhito and his consort Masako.