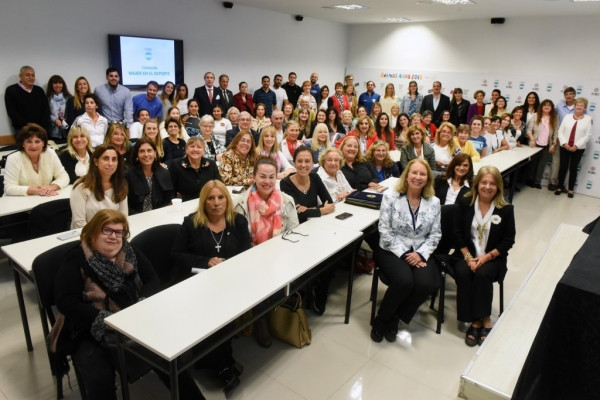 The Argentine Olympic Committee's (COA) women in sport commission has held its first meeting of the year.

Representatives from various national sports federations and associations were also in attendance.

The commission's main objective is to create a similar women's group within each sport.

"Today we present the new commissions for women in sport, which is a pride, a great job, and we are going for more," said Sangenis.

"We want each sport to have its commission.

"So we are going to make this network grow, incorporate more members to our commission and reach the whole country, not just Buenos Aires."

Other topics such as the organisation and administration of sporting events were discussed.

Sangenis concluded the meeting with a presentation about hyperandrogenism.

"It is the theme of the moment," Sangenis said.

"They are high levels of testosterone, which can be a natural gift or a sports injustice.

"We clarified many things about this because it is a very controversial issue and there was a great discussion."

COA also held a gender equality event last August, which was attended by more than 200 people.