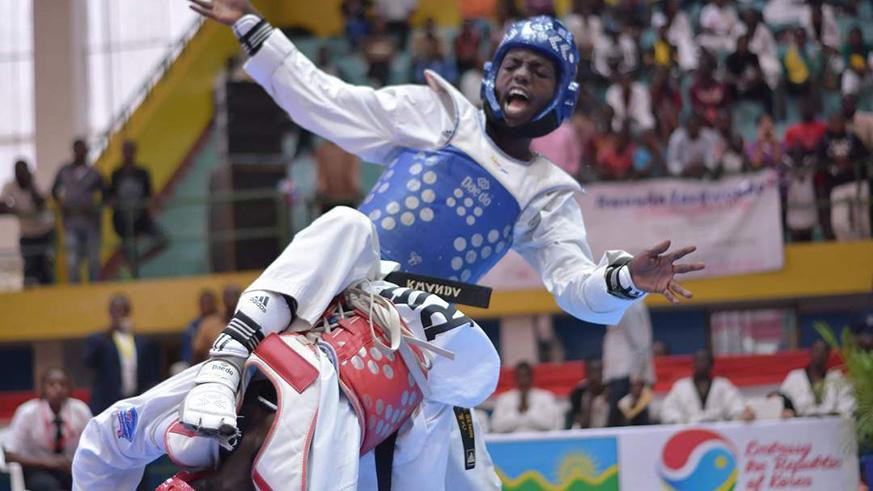 Benon Kayitare is confident he can become the first athlete from Rwanda to win a medal at the World Taekwondo Championships in Manchester this month.

He has been named as the captain of Rwanda's three-man team for the Championships, due to take place at the Manchester Arena from May 11 to 15, and is optimistic he can continue his recent improvement.

He was joined as winners by Paul Sekanyambo in the under-58kg category and Vincent Munyakazi in the under-68kg section as the trio finished preparations for the World Championships in England.

Rwanda made its debut at the World Taekwondo Championships in Chelyabinsk in Russia in 2015 but are still seeking their first medal.

"I want to win gold in Manchester and to gain valuable experience since I will be playing against some of the best players in the world,” Kayitare told New Times Sport.

"I have been improving and my confidence has gone up, which is very crucial at this point."

Kayitare and his team-mates have been promised full backing from the Rwanda Taekwondo Federation.

"We have faith in the three athletes," its President Placide Bagabo told New Times Sport.

"We are going to provide them with every possible support in training, and hope that they finally win a medal for the country in the World Championships."