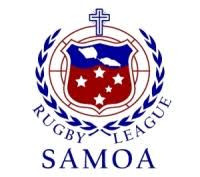 Rugby League Samoa has held trials for its nines team which will compete on home soil at the 2019 Pacific Games.

Speaking to the Samoa Observer, Samoa Rugby League President Tagaloa Fa’afouina Su’a said that among the 40 players who attended were eight from Australian city Brisbane.

Most of them competed when Samoa hosted the Fantastic 4 Rugby League 9s Series in Lotopa in February.

"We don’t have much time left, so with regard to the coaching staff’s programme in terms of planning and logistics, today is the last day for them to have a look at the players that have been in the squad," Fa’afouina Su’a said.

"For the past three to four weeks, they have been training.

"And then, after today, the number will be cut down from 40 to 20 and [we will] still have some place for players from overseas."

A thorough review of the players’ performances is set to be carried out with the intention of drawing up a 15-strong shortlist.

The shortlist is scheduled to be revealed two weeks before Samoa 2019, which is due to take place from July 7 to 20.

The rugby league nines competition is set to be held on July 8 and 9 with sevens action following on July 12 and 13.

Both will be staged at Apia Park Stadium.

"From now until the Games we have to select the 20, so they have two teams to train and play against each other from time to time," Fa’afouina Su’a added.

"We have to be in camp the week before, especially because league is one of the first sports to be played in the Games."