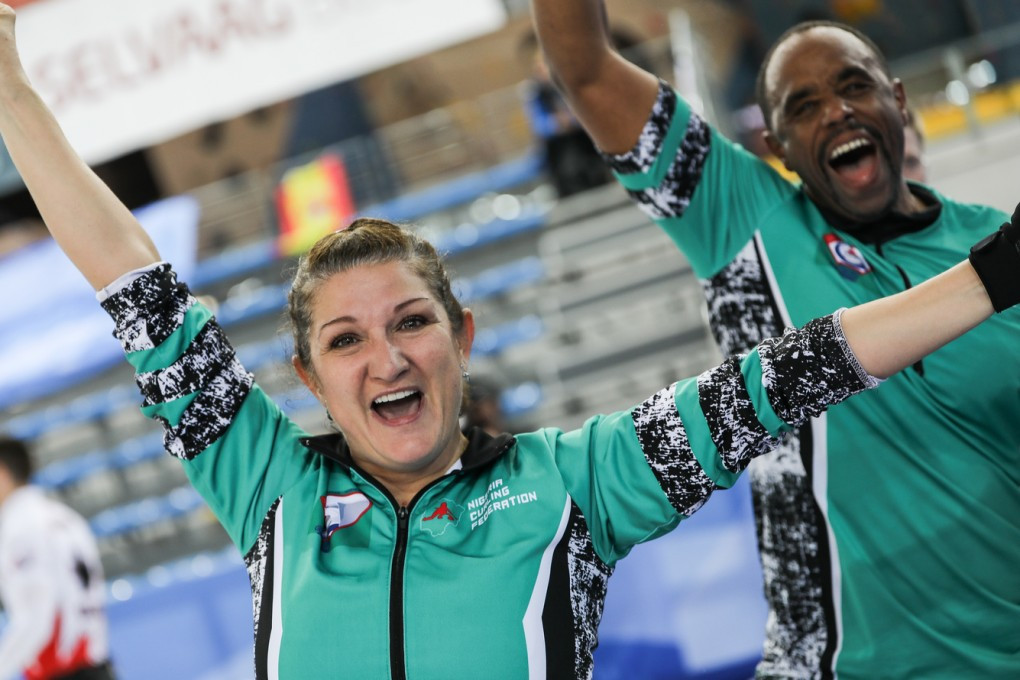 Nigeria secured the maiden international victory by an African member association against France at the World Mixed Doubles Curling Championship in Stavanger.

Nigeria, the first African nation to compete at this level, defeated France 8-5 as part of the Group C round-robin competition at Sørmarka Arena.

“I am feeling ecstatic, I am excited," Nigeria's Tijani Cole said.

"To all my countrymen at home, we did it.

“Our motto, as you can see on our brooms, is ‘we won’t be outworked’."

"It’s something we look at every day and we say as long as we don’t get outworked, we are proud of what we do.”

Their victory was not enough to qualify from Group C into the round of 16, however, with Australia and the Czech Republic progressing instead.

Australia beat Italy 7-3 and the Czech Republic won 15-2 against Wales to confirm their places.

Estonia took the first place spot from the same group after triumphing 8-3 against Germany.

The final two teams to qualify were Spain and the United States in Group F.

Russia had already secured a knockout spot, leaving Spain to beat Slovenia 6-1, allowing the US to progress as the second place team.

The round of 16 will be played tomorrow.