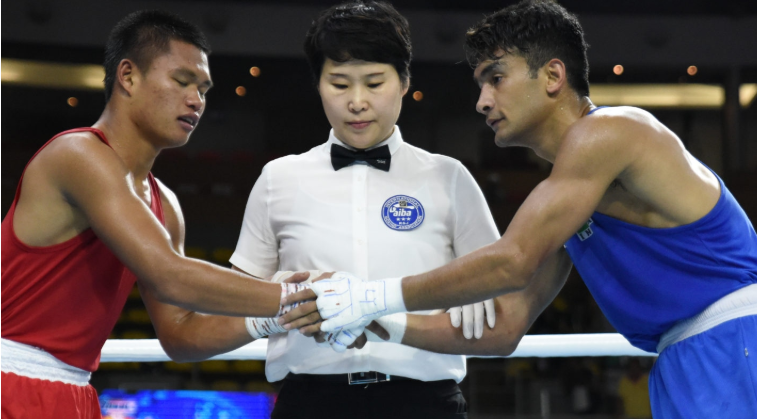 The Kazakhstani team had been boosted by a superb performance from Tursynbay Kulakhmet two days ago, when he stunned Uzbekistan’s reigning ASBC and Asian Games champion Israil Madrimov in the men’s 75 kilogram quarter-final bout in Thailand’s capital city.

Zakir Safiullin, who was competing at the Championships for the first time in four years, ensured there was more delight for the Kazakhstan team.

With the semi-final line-ups confirmed, 18 nations are guaranteed to secure medals.

India are assured of 13, with Kazakhstan and China the next best with 11 and 10, respectively.