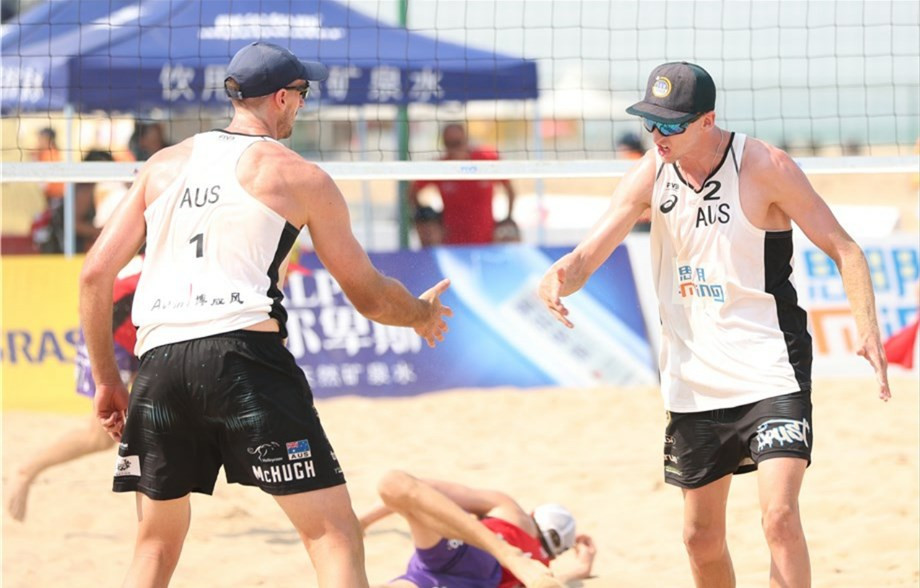 The pair overcame Thailand’s Nuttanon Inkiew and Sedtawat Padsawud 21-11, 21-9 in their opening match, before going on to beat Austria's Robin Seidl and Philipp Waller 21-19, 21-17.

McHugh and Schubert first partnered up in mid-2018, their best result a quarter-final finish at the Haiyang three-star event last year.

“We’re pretty stoked, this is the first time we’re qualified as a team at a four-star, so it’s a pretty big moment," said Schubert.

"We’ve had some highs and lows and we're excited to make it into the main draw."

Brazil's Alison Cerutti and Álvaro Morais Filho reached the main draw, despite it being their debut tournament as a pair.

In the women's competition, Spain's Liliana Fernandez Steiner and Elsa Baquerizo McMillan, competitors at the London 2012 and Rio 2016 Olympic Games, eased into the main draw.

They triumphed against China’s Jiang Li and Zhao Huimin 21-8, 21-12 and then won 24-22, 21-14 against Greece's Vasiliki Arvaniti and Panagiota Karagkouni.

The main draw will begin tomorrow, with the top seeds beginning their campaigns.