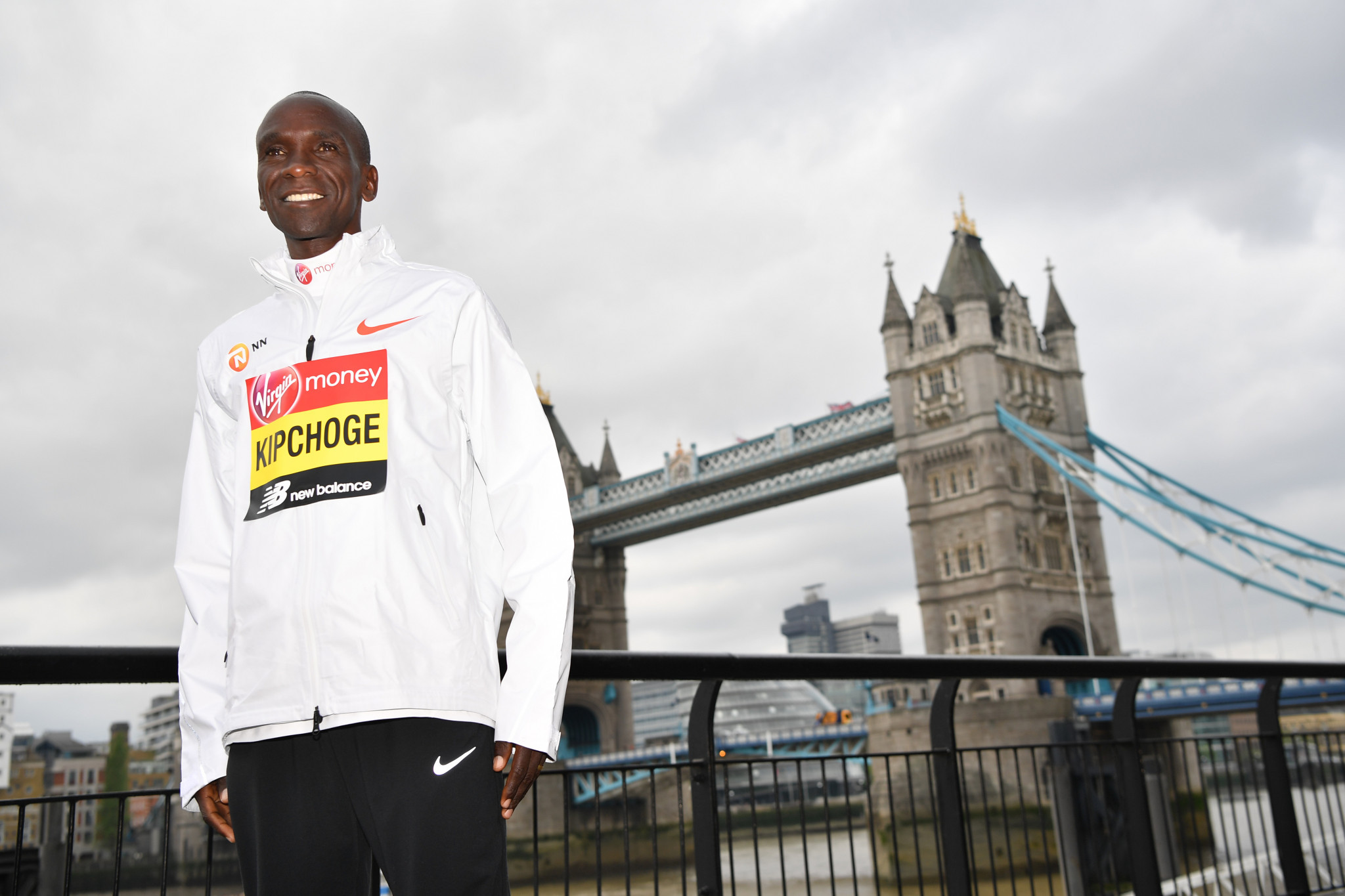 World record holder Eliud Kipchoge claims he is not feeling the pressure as he seeks to win the men’s elite race at the Virgin Money London Marathon for a record fourth time.

The Kenyan triumphed at last year’s edition, before setting a world record time of 2 hours, 1 min and 39 sec at the Berlin Marathon.

Kipchoge will begin as clear favourite on Sunday (April 28) in London, but the Olympic champion could face competition from Britain’s Mo Farah.

While Kipchoge will be seeking a fourth London Marathon title, the Briton will be contesting his fourth marathon.

Farah, a four-time Olympic champion on the track, finished third at the London Marathon last year.

He went on to win the Chicago Marathon in October in a European record of 2:05:11.

Kipchoge admitted he had been impressed by the Briton’s transition from the track to the marathon, stating Farah’s progress would help him to perform as well.

“I am coming to London to win the race and defend my title,” Kipchoge said.

“If I can win again in London, I will be a happy man because it will be my first race after running the world record.

“London is crucial in my career.

“I’m coming here to try to win the race but the world record is out of my mind right now.

“Sport is about enjoyment about participating.

“Anybody can be beaten – Mo can beat me, others can beat me, but the best thing is that if you can accept the results, that’s the only way to enjoy the sport.

“As far as the sport is concerned, he is a fast learner.

“It doesn’t worry me but it makes me get interested in him because that’s what you want in sport, it’s what helps you perform.”

Victory for either Kipchoge or Farah in London could seal the Abbott World Marathon Majors Series title.

Kipchoge has already won three times in a row.

“It would be an amazing achievement,” he said.

“My aim is to win the London Marathon one day, that is my task, but you can’t take anything for granted because Eliud is a great athlete and the world record holder.

“I’m going to go out there and give it my best.”

Kenya’s Abraham Kiptum will expect to feature in the lead group as the world record holder in the half marathon.

The Ethiopian pairing of Tamirat Tola and Shura Kitata could also prove athletes to watch, with the latter finishing runner-up last year.