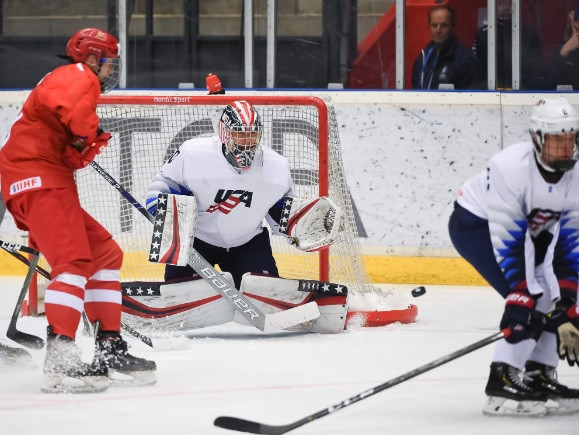 Russia, the United States and the Czech Republic all qualified for the quarter-finals at the International Ice Hockey Federation Under-18 World Championship in Sweden today.

The US confirmed their place in the knockout round in style as they beat Russia 6-3 to claim their third straight win in Group B at Fjällräven Centre in Örnsköldsvik.

Russia are also guaranteed one of the four available spots in the last eight from the group, despite the defeat.

The Czech Republic joined Russia and the US in progressing as they overcame Finland 4-2 in a tense encounter in Group A at A3 Arena in Umeå.

The result condemned reigning champions Finland to their third consecutive defeat and left their quarter-final hopes in the balance.

Finland can still qualify for the knockout phase but must beat Switzerland in their final group match on Tuesday (April 23) if they are to continue the defence of their title.

Finland made a disastrous start to the contest against the Czech Republic as Martin Lang scored the opening goal just 37 seconds into the game.

That was how it stayed until Patrik Puistola levelled for Finland before Filip Koffer restored the Czech Republic's lead towards the end of the second period.

Matěj Toman put the Czechs two goals in front and Koffer then put the result of the match beyond any doubt with his second and his team's fourth.

There was still time for Santeri Hatakka to find the net but his goal was nothing more than a consolation for Finland.

The tournament in Sweden is due to continue tomorrow.