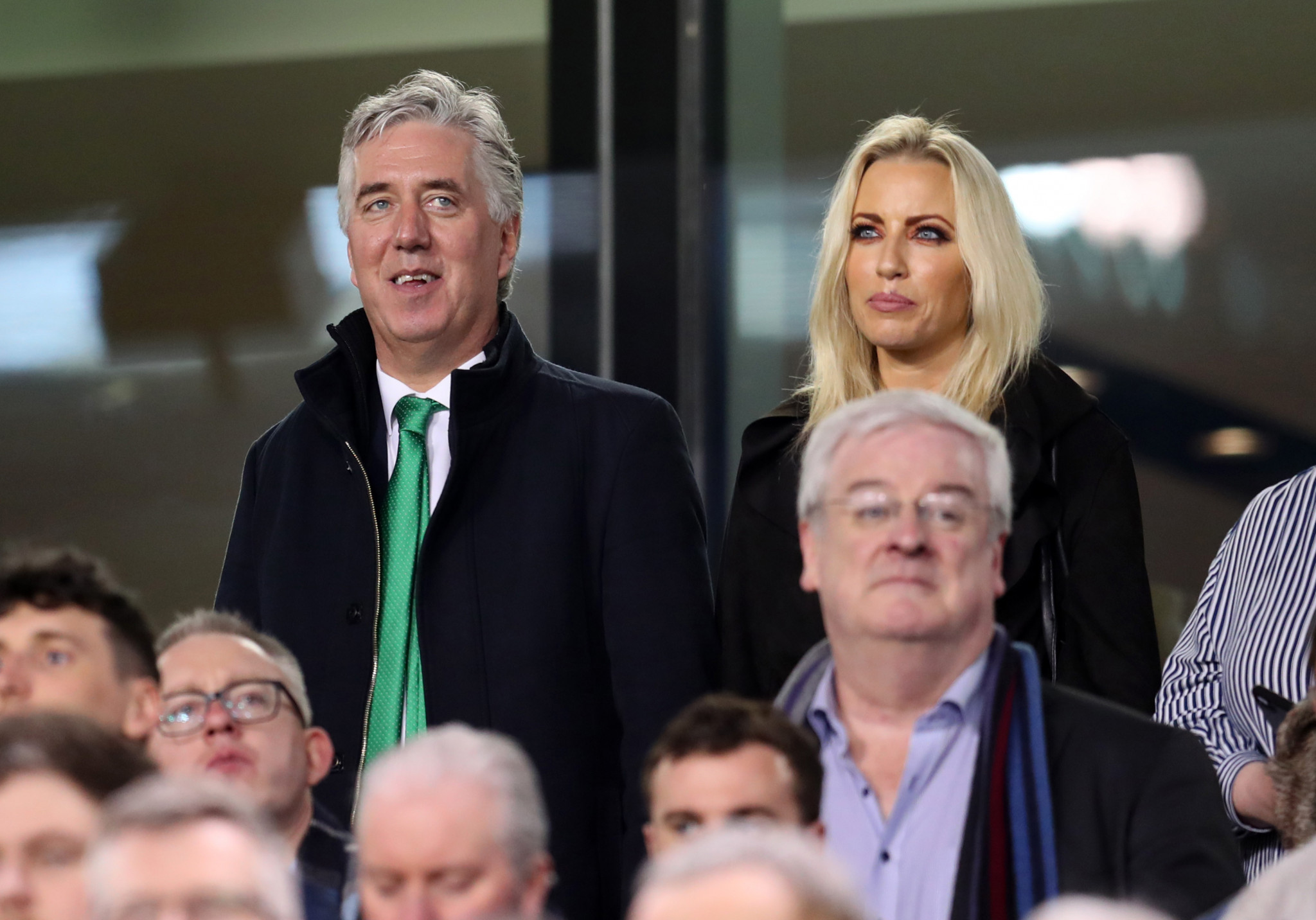 Sport Ireland chief executive John Treacy has claimed John Delaney is no longer involved with the Football Association of Ireland (FAI) after the under-fire official offered to step aside from his role as executive vice-president.

Treacy said Delaney was "not a part of the FAI anymore" following his announcement that he would vacate the newly-created executive vice-president position amid controversy over a personal "bridging loan" he gave to the governing body in 2017.

Delaney, a former vice-president of the Olympic Council of Ireland (OCI), had previously served as chief executive but stepped aside from the role days before he was due to appear before a Parliamentary Committee to be questioned over the €100,000 (£86,000/$112,000) loan.

He then assumed the position of executive vice-president, a move made to ensure he retains his seat as a member of the UEFA Executive Committee.

Delaney has been at the centre of public scrutiny since a Sunday newspaper broke the story that he given the FAI some of his own money.

The FAI claimed Delaney provided the loan to avoid breaking its €1.5 million (£1.3 million/$1.7 million) overdraft limit and to solve cash-flow issues in 2017.

The controversy has led to Sport Ireland suspending all future funding to the FAI, while Irish Sports Minister Shane Ross said earlier this week that the entire Board at the organisation will be stepping down.

"John Delaney has voluntarily stepped aside," Treacy said, according to the BBC.

"I can't really comment on that because that is a contractual piece with the FAI but from what I gather, John Delaney isn't part of the FAI any more.

"He is on gardening leave, or whatever the description is.

"We have to park that and get on with our business.

"We have people within the FAI that we are working with.

"We are going to continue to work with them and see some of the reforms implemented over the next number of months because we have to pave a way for the AGM (Annual General Meeting) in July."

Treacy told an Irish Parliamentary Committee earlier this month that his organisation had no knowledge of the loan made to the FAI by Delaney, or that they were paying Delaney’s rent.

Delaney and other FAI officials were to appear before the Irish Parliamentary Committee hearing today but in advance of that, Sport Ireland, which is responsible for the administration of taxpayers’ money to sporting bodies, announced the suspension of its €2.7 million (£2.3milliion/$3milliion) annual funding as punishment for breaching loan rules.

The loan represents the latest controversy involving Delaney, who quit as an OCI vice-president in 2016.

Delaney insisted he had no role in the OCI’s ticketing arrangements when he announced his resignation.