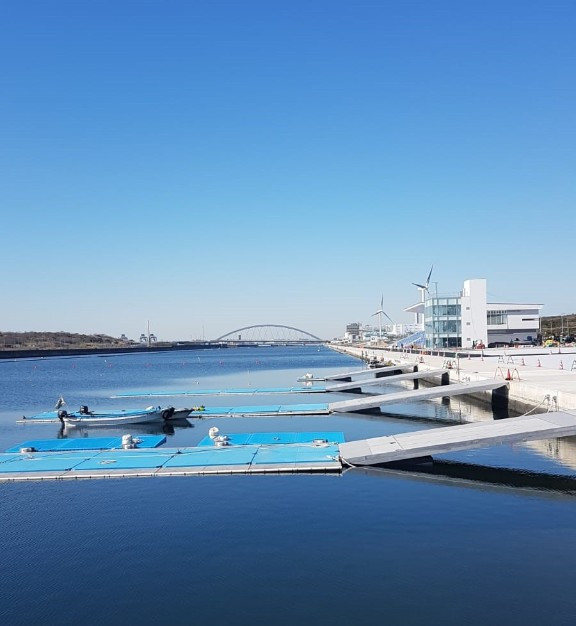 A delegation from the International Canoe Federation (ICF) has claimed Qingdao is the perfect location for the Stand Up Paddling World Championships as the organisation stepped up its preparations for the event amid an ongoing dispute over the ownership of the discipline.

The ICF SUP Committee conducted a site visit to the Chinese city this week to assess readiness for the event, scheduled to run from October 24 to 27.

The group held meetings with organisers and inspected the competition venue, which staged sailing competitions at the 2008 Olympic Games in Beijing.

Committee chairman Rami Zur claimed they "could not be more impressed with the venue" and insisted they were "working hard" to ensure transport - a prominent concern for athletes - runs smoothly.

"The Qingdao swimming beach is located right in the heart of this vibrant city, providing easy access for spectators, athletes and officials," said Zur.

"It will be a wonderful location to showcase this exciting event.

"We are also incredibly impressed with the enthusiasm and knowledge of the local organisers.

"Already many important decisions, like transport and accommodation, have been taken, which will ensure this World Championships runs smoothly and will be worry-free for participants."

The timetable for the event is due to be confirmed soon, the ICF added.

The ICF hosting its own World Championships in the discipline has angered the International Surfing Association (ISA), which claims to have sole ownership of SUP.

The ISA and the ICF have been locked in a protracted legal dispute, set to be settled by the Court of Arbitration for Sport.

The discipline involves athletes standing on a board and using a paddle to move across the water - thus requiring elements of both canoeing and surfing.