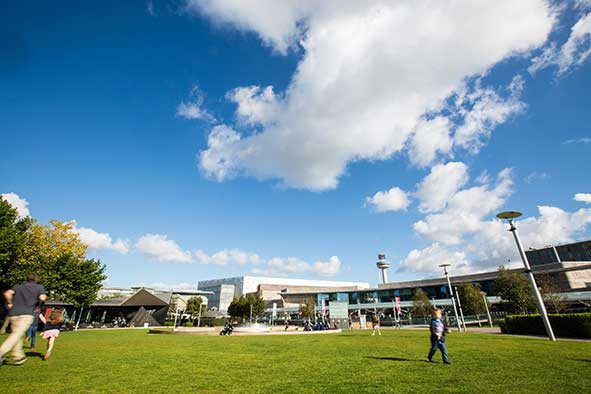 Organisers of the 2019 Netball World Cup in Liverpool have revealed plans for a fan park alongside the showcase international event.

Located in Chavasse Park within Liverpool ONE, as part of their Summer of Sport, netball fans from around the world will have the chance to visit the fan park throughout the tournament from July 12 to 21.

With a view over Liverpool’s skyline and the UNESCO World Heritage waterfront, entry will be free.

Matches are set to be screened live on a giant screen, complemented by a programme of music, street theatre, entertainment and netball activities.

There will also be a series of talks and question-and-answer sessions featuring inspirational women, along with appearances from international netballers.

Visitors to the park, to be hosted in partnership with Liverpool City Council, will also be able to meet tournament mascot Jude the Liver Bird.

A full programme is due to be announced in the near future on the 2019 Netball World Cup and Culture Liverpool websites, and daily activity will be promoted on both their social media channels.

Fan park opening hours will be in line with daily match times, which will take place at the M&S Bank Arena Liverpool.

"With fun activations and lots of exciting announcements to come, the fan park is set to be a brilliant addition to the event.

"It will be the place to be for those in between sessions as well as for people without tickets who still want to be a part of this incredible event."

Councillor Wendy Simon, Liverpool City Council’s deputy mayor and Cabinet member responsible for events, said: "Hosting the Vitality Netball World Cup is a huge coup and tens of thousands of people will be heading to the city to be part of the event.

"The fan park means even more people can be part of the experience and there will be a programme of events appealing to everyone – from avid fans right through to those new to the sport.

"We want to make the most of this global showcase in our city and celebrate the inspirational women who are set to wow huge crowds in July."

The 2019 Netball World Cup is the 15th edition of the quadrennial event.

It will mark the third time it has been held in England with the inaugural World Championship, as it was known then, taking place in Eastbourne in 1963 and the 1995 edition being held in Birmingham.

Australia will be aiming to make it four consecutive titles this year.

"We’re thrilled to be a part of the Vitality Netball World Cup and pleased to be hosting the fan park on Chavasse Park," said Donna Howitt, marketing director at Liverpool ONE.

"The park will give fans and visitors the opportunity to enjoy the Vitality Netball World Cup in the heart of the city, soak up the atmosphere and enjoy a whole host of entertainment.

"It’s fitting for Liverpool ONE to host the fan park as we embark on a packed summer of sport throughout July and August.

"The Vitality Netball World Cup is the perfect launch to a season of activity where families will be able to come along, get active and have plenty of fun."