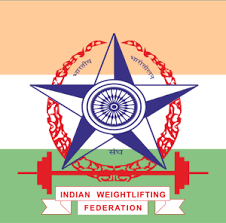 One in three samples collected during India’s sub-junior and junior national weightlifting championships have returned positive, it has been revealed.

The Indian Express reported that India’s National Anti Doping Agency (NADA) collected samples from 30 athletes who competed in the under-17 and under-20 categories at the event in Nagpur in December of last year.

Out of them, nine weightlifters - six boys and three girls, mainly from the States of Uttar Pradesh, Punjab and Haryana - have failed tests and have all been provisionally suspended.

That is just one less than the total number of weightlifters who tested positive throughout 2017.

Among the nine are medallists from the junior national championships and the Khelo India Youth Games, held annually in January or February.

NADA director general Navin Agarwal revealed a change in the testing programme has led to a large amount of athletes being caught.

Tests are now being based on ground-level intelligence and a variety of performance indicators.

"It is not that the ratio of dopers has increased," Agarwal told the Indian Express.

"The incidents of doping are actually coming down, but the detection rate is increasing.

"We were able to target the right people as we are gathering intelligence and planning our tests based on specific parameters, instead of randomly testing athletes."

The Indian Express reports that one of the junior national champions to have failed tested positive for dehydrochloromethyltestosterone, also called turinabol.

Another male weightlifter is found to have taken GW1516 sulfone and GW1516 sulfoxide, while a national camp member tested positive for breast cancer drug tamoxifen.

Three out of the nine have tested positive for for the anabolic steroid stanozolol.

"Earlier we focused more on senior national and international athletes but in our effort to eradicate the menace, we have started to test junior athletes a lot more," Agarwal told the Indian Express.

"We are trying to nip the evil in the bud."

In January of this year, an Indian weightlifter who tested positive for testosterone in the build-up to the 2017 International Weightlifting Federation (IWF) World Championships in Anaheim was cleared to return to competition because of an administrative mix-up.

Khumukcham Sanjita Chanu, winner of the 53 kilograms Commonwealth Games gold medal for India at Glasgow 2014 and Gold Coast 2018, was provisionally suspended last May - six months after her positive and during which time she won her second Commonwealth title in Australia.

She had tested positive in a sample taken by the United States Anti-Doping Agency a few days before the start of the World Championships - where she finished 13th - after which the case was taken over by the IWF.

Her B-sample also came up positive in September last year but her urine sample was referred to under two different numbers in official notifications from the IWF, and she was told she can compete again.

Despite Chanu's case being cleared, India has still had too many positives - 11 athletes banned in the past 10 years - to be able to send a full team to next year's Olympic Games in Tokyo.

Any nation with 10 or more positives since 2008 can enter only two males and two females, half of the maximum.

The nine aforementioned Indian positives will not count on the IWF's list as they were tested at a national event, rather than at an international competition.