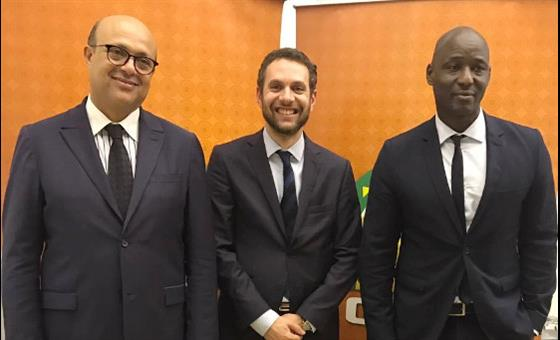 The Confederation of African Football (CAF) have confirmed the sacking of secretary general Amr Fahmy following allegations made by the official.

The Egyptian had reportedly accused CAF President Ahmad Ahmad of a series of offences, including alleged bribes, sexual harassment and misuse of the organisation's finances.

His claims were made in a document sent to FIFA’s Investigations Committee, it was claimed.

According to Reuters, Fahmy accused Ahmad of ordering bribes of $20,000 (£15,000/€17,000) be paid into accounts of African Football Association presidents.

He was also alleged to have spent CAF funds on cars.

Fahmy had been appointed to the role in November 2017.

His grandfather Mourad had previously held the post from 1961 through to 1982, before his son Mustapha took over and stayed into the post until 2010.

Rabe added: "This was a decision taken by the executive committee and I don't know about the allegations."

CAF also confirmed that  Essadik Alaoui, deputy general secretary in charge of administration and finance, had also departed the organisation.

His departure was claimed to be "amicable".

"Hajji is known in the football world," CAF stated,

"He previously served in various capacities at the Fédération Royale Marocaine de Football including administrative manager of the national teams and general coordinator in charge of international relations from 2014 to 2018.

"He also held the position of deputy director of the Local Organising Committee for the FIFA Club World Cup hosted in Morocco in 2014."