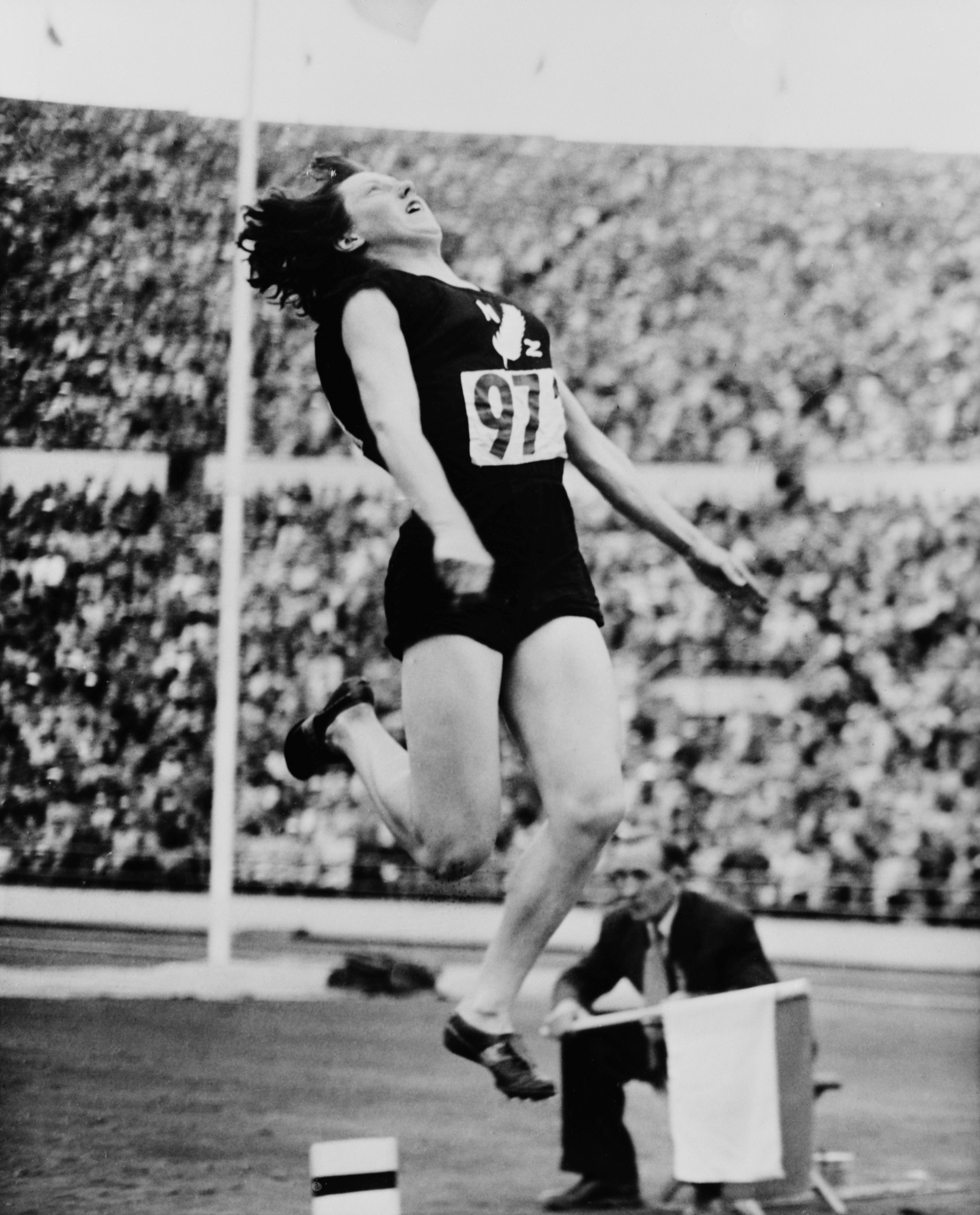 The New Zealand Olympic Committee (NZOC) has expressed its sadness at the passing of the country’s first-ever female Olympic gold medallist, Yvette Williams, at the age of 89.

Williams is considered unique in the nation’s history with her story and contribution to sport helping to pave the way for generations of young New Zealanders, especially women and girls.

In 1952, she dramatically won the long jump gold medal at the Olympic Games in Helsinki.

Williams jumped 6.24 metres for the historic victory and returned to New Zealand as a national hero.

She was New Zealand’s 76th Olympian and only its ninth-ever female one.

Williams went on to further sporting success and in 1954 broke the world record for women’s long jump with an astonishing leap of 6.29m in front of a home crowd in Gisborne.

The Dunedin-born athlete also competed in discus, javelin and shot put, and across her disciplines won four gold medals and one silver at the Commonwealth Games.

She was awarded an Member of the Order of the British Empire in 1953 and was inducted into the New Zealand Sports Hall of Fame in 1990.

"Yvette Williams was a trail blazer and a true beacon of what is possible for women in sport," NZOC President Mike Stanley said.

"She was a truly humble New Zealander who was deeply passionate about sport and young athletes.

"Her place in New Zealand’s history is unique and her contribution to sport has opened doors.

"She was a treasured member of the New Zealand team and is one of our greatest ever athletes, she will be missed by all who knew her."

In addition to being an athletics champion in discus, hurdles, javelin, long jump, pentathlon and shot put, Williams was also an outstanding athlete competing in basketball and in netball, playing both at provincial and national level.

She played and coached basketball for most of her adult life.

Out of the spotlight and subsequent to her Olympic achievements, Williams dedicated a lifetime to administering, coaching and teaching sport.

She was a founding member of the Pakuranga Athletic Club and fulfilled many roles there over the years, including secretarial and coaching.

For a number of decades, Williams instructed gymnastics and taught hundreds of young New Zealanders the fundamental skills that are said to have set them up for life.

She was also a physical education teacher and through her profession and passion, she is said to have positively impacted young girls at secondary school and encouraged them to follow their dreams over many years.

In spite of living with significant health issues in recent times, she regularly made appearances at New Zealand Olympic team events where she took the time to talk to and inspire those around her.

In 2013, she inaugurated the Yvette Williams Scholarship which each year provides financial support for an up and coming athlete.

The Scholarship draws on a significant donation from Sir Owen Glenn, who was personally inspired after meeting Williams and talking to her about her remarkable achievements and the genuine joy sport brought her.

"Williams was a trail blazer and a true beacon of what is possible for women," an NZOC statement read.

"Her incredible achievements and the ongoing, diverse and sustained gift of her time, skill and passion to so many in the community, placed her in a very special place in the hearts and minds of all New Zealanders, but especially women."