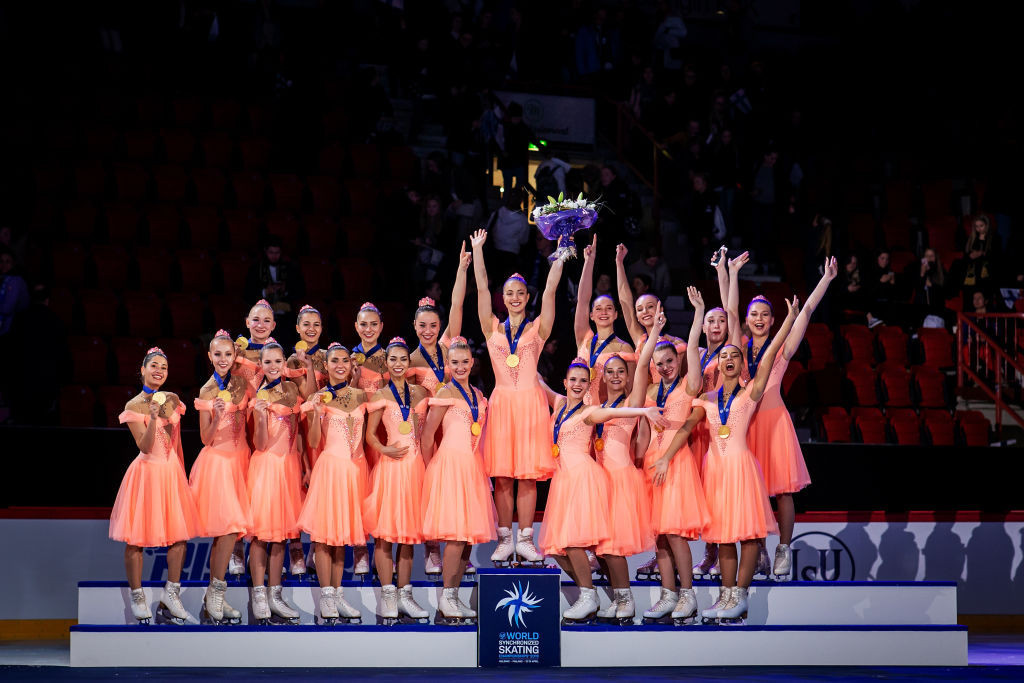 There were two home teams on the podium as the Helsinki Rockettes moved up from fifth after the previous day’s short programme to earn the bronze.

Team Paradise, whose hopes of a third consecutive title last year were ended by a faulty lift manoeuvre, delivered an elegant performance in the free skating programme to “Die Fledermaus” by Johann Strauss.

The team from St. Petersburg scored 147.26 points and totalled 234.38 points to defend their overnight lead and take the gold.

“This victory is very important to us,” said the Team Paradise captain Anna Shkurdai.

“When we took this music, we realised it wasn’t going to be an easy task.

“It is indeed a very well-known movie and music in Russia and in the rest of the world and we tried to bring across the atmosphere of a ball the best way possible and I think we did that.”

Skating to “Autobots”, “Optimus Prime” and “Total Defiance”, Marigold Ice Unity – seeking a sixth title – got their home crowd going and collected a level four for three elements as well, but lost one point because of a fall in the artistic line.

With 142.80 points, the defending champions ranked third in the free skating but held on to second place at with a 228.70 total.

“We feel very happy about the final result and the crowd was just amazing – we’ve never skated in such an atmosphere,” said Marigold Ice team captain Sofia Ahti.

The Helsinki Rockettes placed second in the free skating with 146.49 points and accumulated 228.61.

Team Nexxice of Canada slipped from third overnight to fourth on 224.42, with Russia’s Team Tartastan fifth on 219.74.