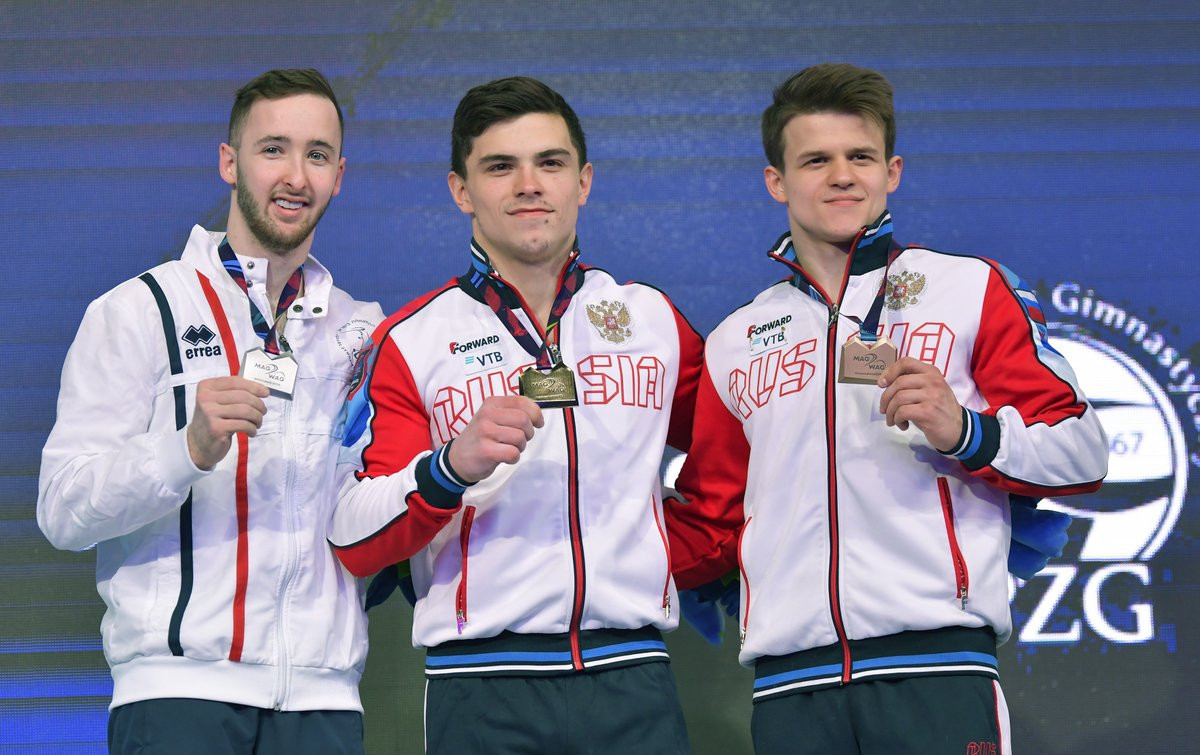 Artur Dalaloyan began the gold rush for Russia at Netto Arena, triumphing in the men's floor final with a score of 15.100.

His compatriot Dmitrii Lankin finished third on 14.800, while Israel's Artem Dolgopyat was second with 14.900 points.

Denis Abliazin got the next gold medal for Russia in the men's rings.

He was tied with Italy's Marco Lodadio on 14.966, the Russian taking gold for a higher execution score.

"I am very satisfied," Abliazin said.

"The competition in the rings was very tough.

"Soon there will be more and more professional gymnasts and you have to be ready for it."

Maria Paseka of Russia triumphed in the women's vault, scoring 14.516.

Coline Devillard of France was second with 14.450, while Britain's Ellie Downie took third on 14.316 points.

Olympic champion Max Whitlock of Britain was the only gymnast to break Russia's dominance.

France's Cyril Tommasone was second with 14.800 points, while Russia took bronze through Vladislav Poliashov with 14.600 points.

"I’m really happy, the build-up has been a big learning curve," said Whitlock.

"There’s been a lot of pressure and expectation put on me which I’ve had to learn to cope with.

"This gives me a huge confidence boost."

The action in Szczecin concludes tomorrow.