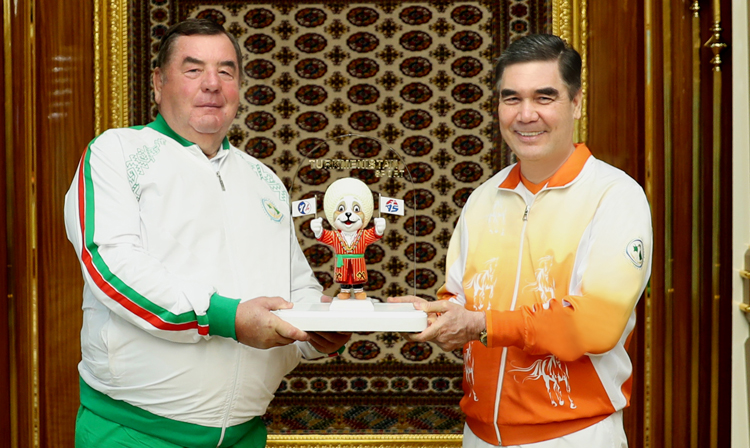 The decision to award the event to Ashgabat was taken at last month’s FIAS Executive Committee meeting.

Shestakov met with Turkmenistan President Gurbanguly Berdimuhamedow during the visit, which saw discussions take place about the Championships.

Transport accessibility was cited as one of the major areas of discussion, along with the use of facilities constructed for the 2017 Asian Indoor and Martial Arts Games.

"These international competitions will be another contribution of Turkmenistan to the development of sports diplomacy in the regional and global dimensions," said Shestakov.

FIAS reveealed that the possibility of organising and conducting training seminars at sports camps in the Caspian region was discussed at the meeting.

Shestakov claimed Berdimuhamedow had made a "considerable contribution" to the development of sambo in the region.

Berdimuhamedow reportedly thanked FIAS for their decision to award the World Championships to Ashgabat.

"We view the staging of these world championships as a sign of high confidence in Turkmenistan from the international sports community," Berdimuhamedow said, according to FIAS.

"[It is also} recognition of our country's services in the development and promotion of physical culture and sports."

Shestakov awarded Berdimuhamedow a certificate from FIAS to acknowledge his contribution to the development of sambo, as well as a commemorative token and a personal sambist uniform.

The Turkmenistan President awarded Shestakov with a souvenir called "Vepaly", a figure depicting the country's sports mascot decorated with flags of Turkmenistan and FIAS.

The two Presidents also spoke with members of the Turkmenistan national team following their meeting.