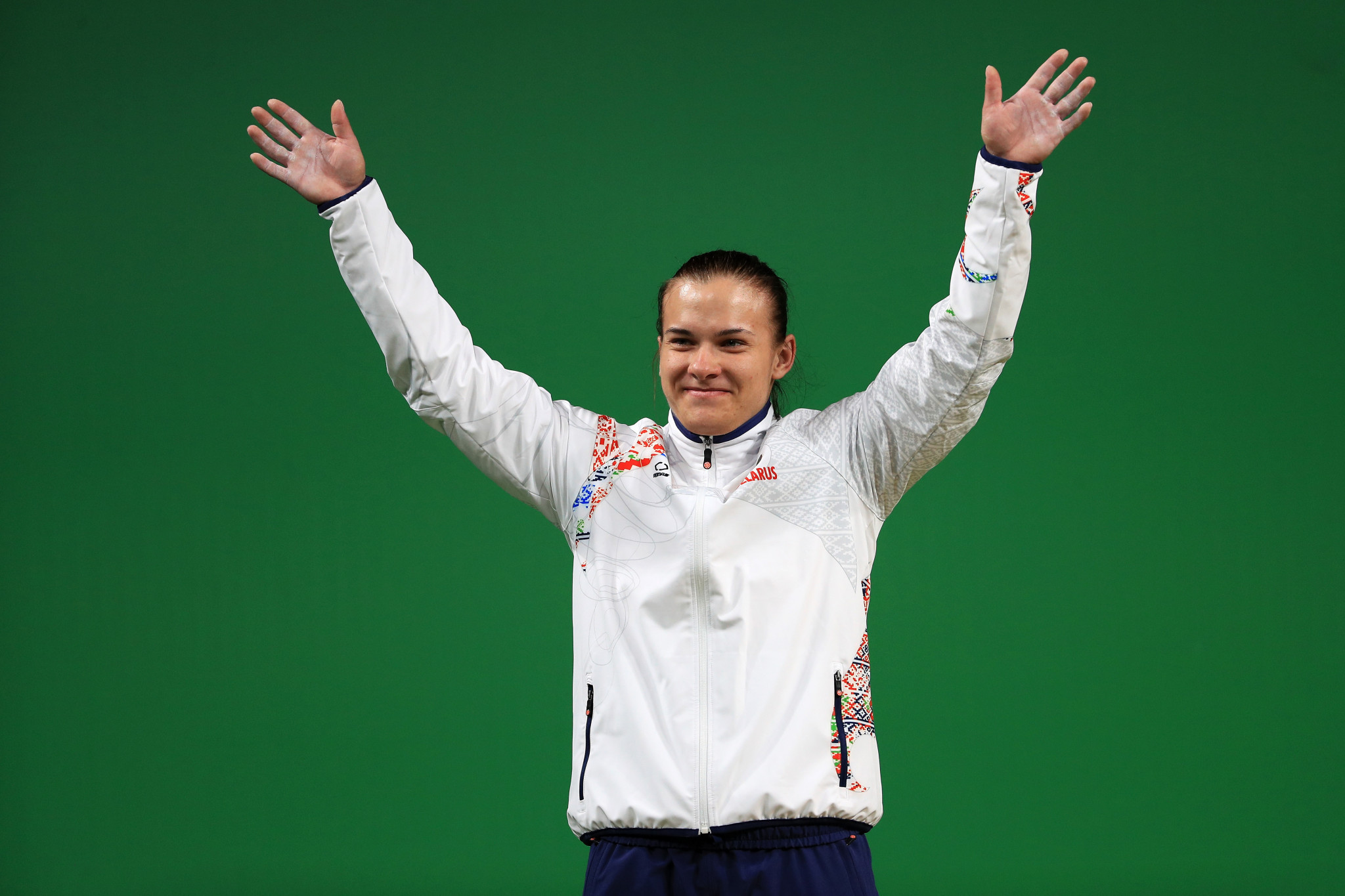 There was a surprise defeat for Lidia Valentin when she failed with her final lift in the women’s 76kg on day six of the European Weightlifting Championships in Batumi, Georgia.

The Spanish lifter, who has been recovering from a shoulder injury, had to make a clean and jerk of 136kg to overtake her main rival Darya Naumava, of Belarus.

There were only two seconds on the clock when Valentin started her lift and, having wobbled on a couple of earlier efforts, she failed.

The contest was marred by a terrible injury suffered by Gaelle Nayo Ketchanke of France, who was taken to hospital for immediate surgery.

She dropped the bar behind her on her third snatch attempt, fell awkwardly and was screaming in agony as doctors rushed to the stage.

Ketchanke was taken off on a stretcher and early reports from the French team suggested she had broken her left arm in two places and possibly dislocated her elbow.

Iryna Dekha of Ukraine was another injury victim, withdrawing before the start with a strained muscle in her leg.

Valentin, the International Weightlifting Federation’s (IWF) female weightlifter of the year for the past two years, was favourite to win her fifth continental title.

She already has Olympic gold (2012), silver (2008) and bronze (2016), plus two IWF world titles – but Naumava had finished ahead of her in second place in Rio, and was only 4kg behind her in the 81kg category at last year’s IWF World Championships.

Valentin is already the only woman to win weightlifting medals at three Olympic Games and she aims to make it four at Tokyo 2020, but she will be 36 by then and as this competition showed, it will be a hard journey.

The injuries gave a medal chance to athletes who would not have expected to be on the podium, and Patricia Strenius of Sweden, a champion last year at 69kg, took advantage by finishing third.

In the men’s 89kg, the home crowd thought they had a champion to cheer – but neighbouring Armenia, also well represented in the audience, ended up with gold.

But Hakob Mkrtchyan had all three clean and jerks to come after Davitadze had finished on 201kg, and he needed only two of them to take the gold with a career-best effort.

Mkrtchyan, 22, was joined on the podium by team-mate Davit Hovhannisyan, who took bronze with 360kg.

Despite Mkrtchyan moving way up the Olympic rankings he is unlikely to make it to Tokyo 2020 as Armenia can send only one male athlete, because of its doping record, and that place is surely booked for Simon Martirosyan, the 109kg lifter who won silver at Rio 2016 as a teenager.

There has been a significant doping violation announcement in the super-heavyweights.

Rustam Djangabaev, the Uzbek who finished third behind Lasha Talakhadze in last year’s IWF World Championships, has tested positive for growth hormone and has been suspended.