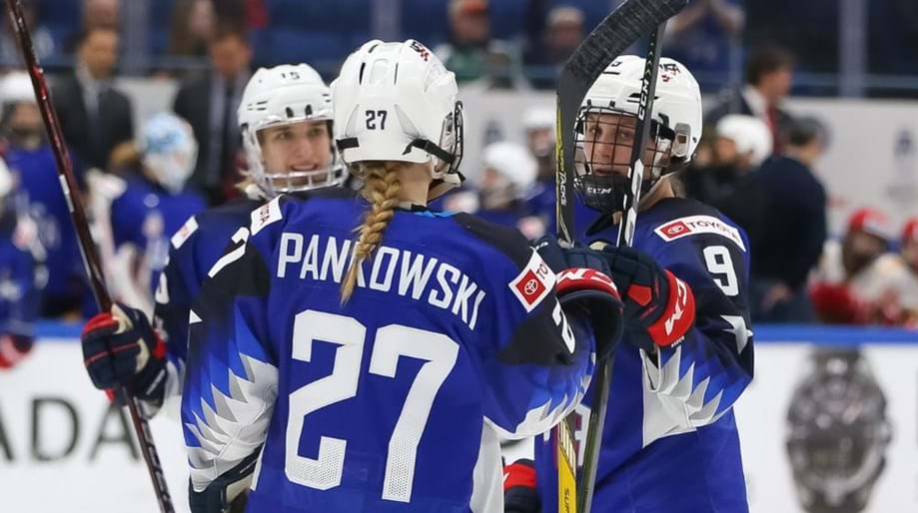 Captain Kendall Coyne Schofield and defender Lee Stecklein both scored twice as the United States completed their perfect Group A run with a 10-0 thrashing of Russia at the International Ice Hockey Federation Women’s World Championship in Espoo.

Brianna Decker had a goal and an assist, while Amanda Kessel, Cayla Barnes, Hilary Knight, Megan Bozek, and Jesse Compher also scored for the Americans at the Finnish city's Metro Areena.

Annie Pankowski chipped in with three assists and Alex Carpenter had two.

"I really liked our second and third periods, especially the way we were moving the puck and trying new things - definitely working on timing and chemistry," Stecklein said.

"It was exciting to see some things come together."

The US have a goal difference of 27-4 from their four wins.

Russia had to settle for a fourth-place finish in Group A, while Canada beat hosts Finland to the runners-up spot with a 6-1 victory over the home nation today.

In Group B, Czech Republic secured top spot with a 2-0 win over Germany.

Alena Mills scored the two goals in the second period as the Czechs made it four wins out of four and condemned their opponents to a runners-up finish.

Joining Czech Republic and Germany in qualifying for the quarter-finals from Group B are Japan, who left it late to claim a narrow win over Sweden.

Ayaka Toko's power play goal with one and a quarter minutes left gave Japan a 3-2 victory and relegated Sweden for the first time in the history of the event.

Toko unleashed a high drive from the top of the face-off circle that beat goalkeeper Sara Grahn through traffic.

Sweden have gone from winning an Olympic silver medal at Turin 2006 to falling out of the elite division in the space of 13 years.

Following a rest day tomorrow, the quarter-finals and ninth-place game between Sweden and France are scheduled to take place on Thursday (April 11).

The last-eight ties will see the US face Japan, Russia meet Switzerland, Finland go up against Czech Republic and Canada do battle with Germany.