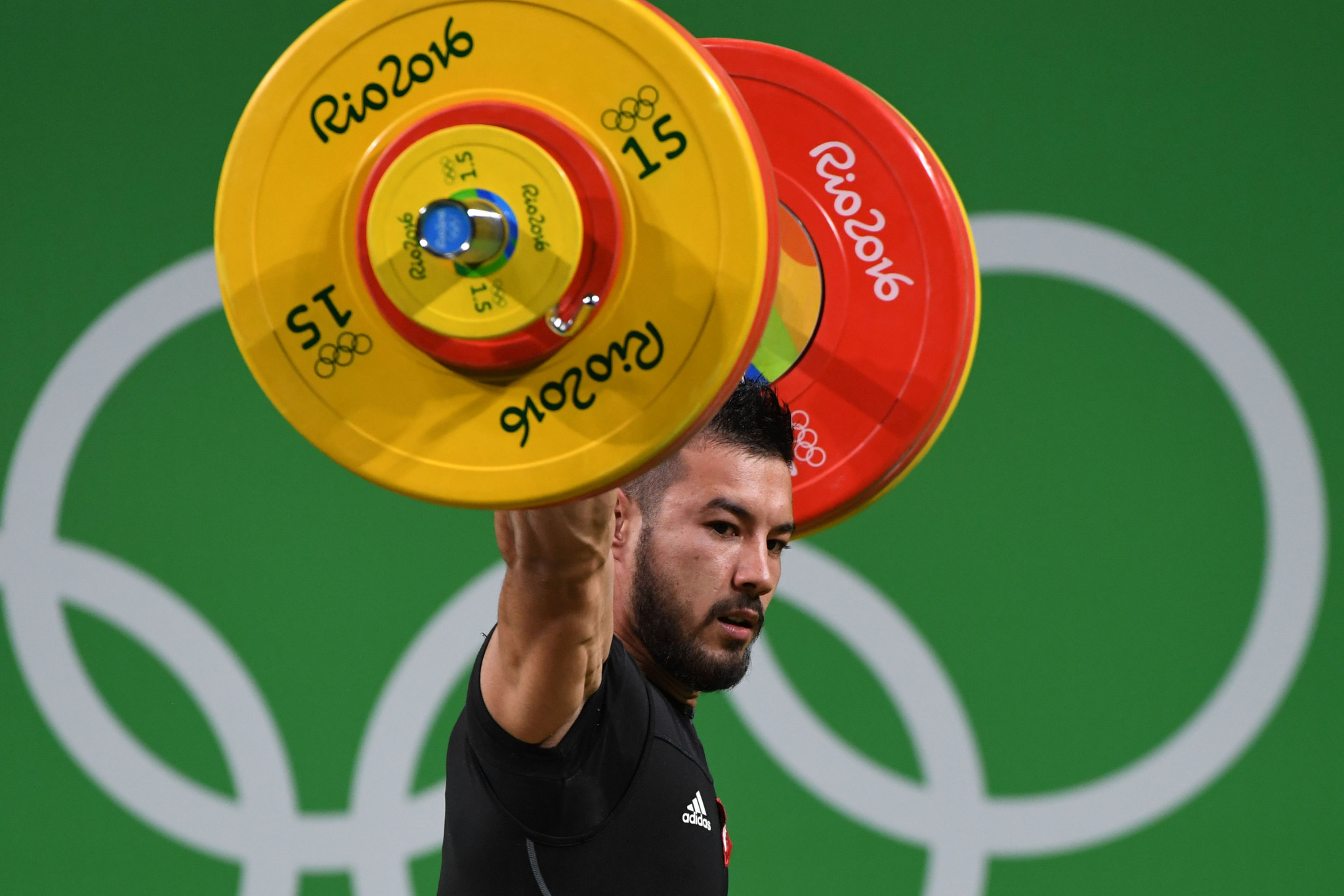 Daniyar Ismayilov, the Turkish weightlifter who has made headlines for disciplinary problems as well as for winning a silver medal at Rio 2016, has crashed out of contention for a place at the Tokyo 2020 Olympic Games.

With the first phase of Olympic qualifying ending this month Ismayilov, who originally competed for his native Turkmenistan, had to make a total in the 67kg on a dramatic third day of the European Championships in Batumi, Georgia.

Despite posting his lowest snatch numbers since the 2012 Olympics, when he still competed for Turkmenistan, Ismayilov led going into the clean and jerk.

But he failed twice at 165kg and, looking shaken, failed again at 166kg.

His bomb-out left the contest wide open and the German Simon Brandhuber, who had never won a senior medal, took advantage to move into the lead.

But two men had not finished yet and Brandhuber had to sit and watch for five more lifts as Georgia’s Goga Chkheidze and the Frenchman Bernard Matam tried to overtake him.

Chkheidze failed with his last attempt but Matam made his final lift of 175kg to take gold on 312kg, with Brandhuber second and Chkheidze third.

Ismayilov, 27, had won two European titles before and at anything like his best form he would have won.

He declined to compete in the International Weightlifting Federation World Championships, the first event in qualifying for Tokyo, because they were held in Turkmenistan and, having left the country to compete for Turkey after his 12th place at London 2012, he feared arrest.

The Turkish federation agreed with his decision.

In his last competitive appearance, when he won at the Mediterranean Games in Tarragona last year, Ismayilov was arrested by Spanish police when a British tourist accused him of sexual harassment.

He was released without charge when the woman withdrew her complaint, but was disciplined by the Turkish federation for “unacceptable behaviour”, having stayed out until 5am.

Ismayilov was also in trouble for stabbing a male team-mate with a fork at a training camp, for allegedly slapping a female team-mate and for throwing a bottle at a coach.

Another European with high hopes of a medal in Tokyo won the day’s other event, the women’s 59kg, though Rebekah Koha looked like a loser rather than a winner after taking her seventh European title.

Koha, the 20-year-old Latvian, failed with European senior and junior record attempts when she could not make either of her third lifts in snatch and clean and jerk.

She was unhappy with her four-from-six performance and said, “This was not good – I’m glad this happened here and not in the World Championships.”

Koha, who has won continental titles at youth, junior and senior level, is unbeaten in European competition in more than two years, and perhaps needs global opposition to push herself to her best.

Having finished fourth at Rio 2016, in the 53kg class, she remains Europe’s top female medal prospect for an Olympic medal outside the heavyweights.

Koha’s total of 221kg was well ahead of two Russians on the podium, Tatiana Aleeva (214) and Aleksandra Kozlova (213).

TOP STORY: Coleman still out of next Olympics as doping ban cut to 18 months