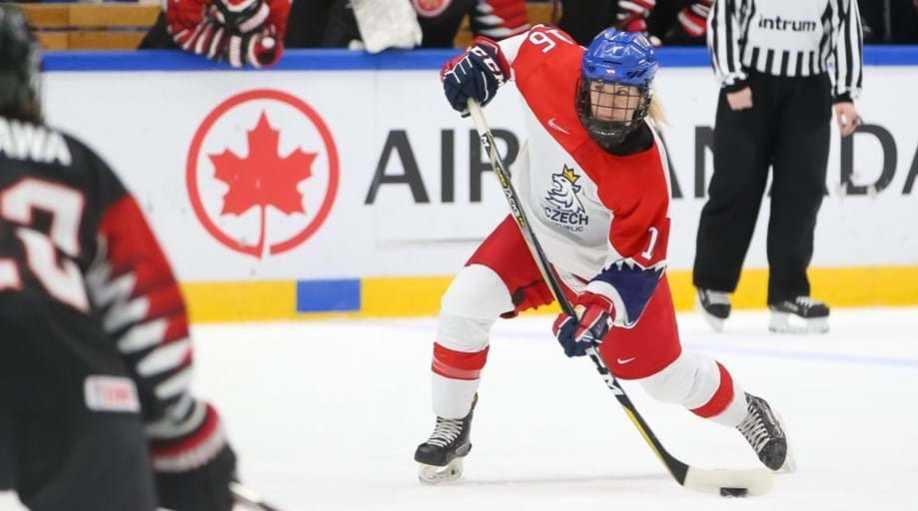 Czech Republic earned their place in the International Ice Hockey Federation Women’s World Championship quarter-finals after making it three regulation-time wins out of three with victory over Japan in Espoo today.

Buoyed by two first-period goals and a strong defensive effort, the Czechs triumphed 3-1 in their latest Group B outing at the Finnish city's Metro Areena.

"We didn't expect that it was going to be so easy for us so far, but it's great.

"Hopefully, we will continue.

"I think we have a really good team with so many good players."

Today's other match in Group B saw relegation-bound France claim their first win in the history of the event with a 3-2 overtime success over Germany.

Despite suffering their first loss of the tournament, Germany have six points and can still top Group B if they beat Czech Republic tomorrow.

In Group A, hosts Finland registered a second win from three matches by defeating Switzerland 6-2.

Michelle Karvinen starred for the home nation with two goals and an assist, while Rosa Lindstedt and Susanna Tapani had a goal and an assist apiece.

Defeat for Switzerland means they will finish bottom of Group A with four losses out of four.

Canada marched to an easy 5-1 victory over Russia in today's other fixture in the section.

Forward Natalie Spooner set the standard with three goals and an assist.

She heads the Women's World Championship leaderboard with six points.

Group-stage action in Espoo is due to conclude tomorrow.

In Group A, the United States face Russia before Canada meet Finland.

Sweden go up against Japan in the first Group B match prior to Czech Republic's encounter with Germany.