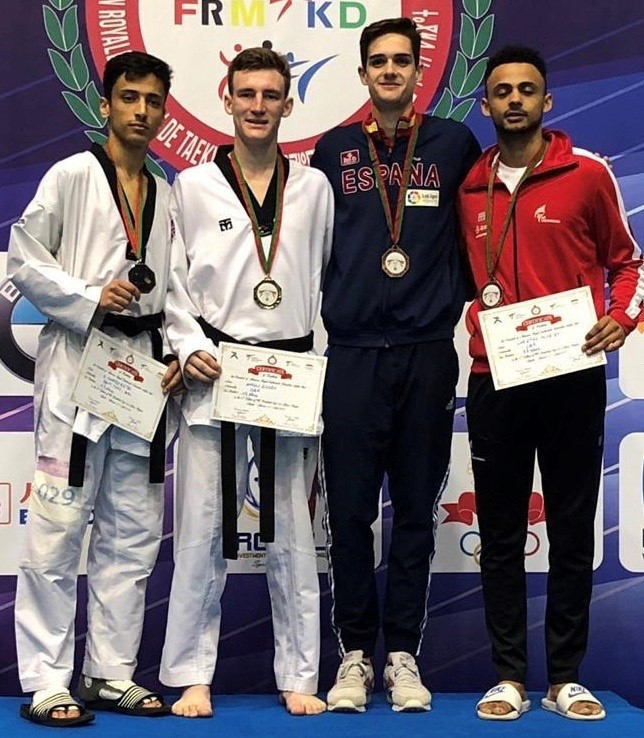 Great Britain’s Bradly Sinden underlined his credentials as a World Championship contender with victory at this weekend's World Taekwondo President’s Cup for Africa region in Agadir.

The 20-year-old will next compete at the World Championships, scheduled to take place in Manchester from May 15 to 19.

He will do so unbeaten in 2019 and with three titles to his name.

"It feels really good to get gold and I’ve had a great start to the year," Sinden, a 2017 world bronze medallist at under-63kg, said.

"It’s back into training now, pushing myself to be the best I can be for the Worlds, where I will be giving it everything I have got.

"It was pleasing I stuck to the game plan throughout all my fights, trying things I’ve worked on in the gym."

Sinden opened his campaign with a 35-15 win over Tunisian Badreeddine Guermiti before defeating Ethiopia’s Solomon Tefera 19-9 and then overcoming Russia’s Konstantin Minin 13-6 in the quarter-finals.

Ketbi had been responsible for a 17-11 semi-final defeat of Britain’s Christian McNeish, who joined Pérez Polo on the third step of the podium.

Hosts Morocco also had two gold medallists thanks to wins for Wiam Dislam over France’s Solène Avoulette at over-73kg and Soukaina Sahib over Spain’s Judith Iñiguez Rodriguez at under-46kg.

There was disappointment, however, for home athletes in the under-53kg and under-57kg finals with Oumaima El Bouchti losing to Latvia’s Inese Tarvida and Nada Laaraj falling to defeat at the hands of Brazil’s Rafaela Araujo.

The one other female victor this weekend was Ivory Coast’s Ruth Gbagbi, who beat Brazil’s Milena Titoneli in the under-67kg final.

A full set of results can be viewed by clicking here.