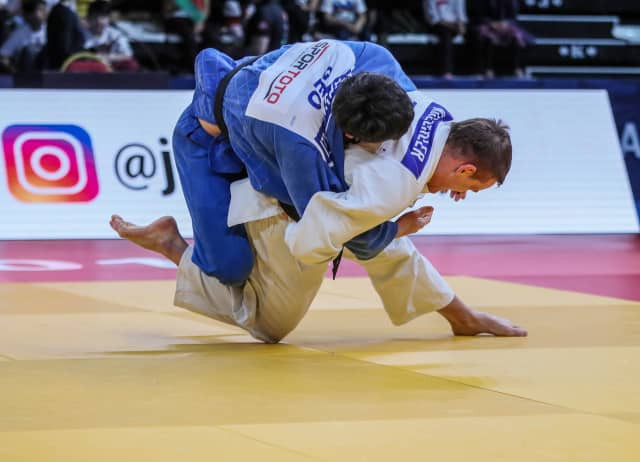 As if to emphasise the global appeal of the sport, the 14 gold medals on offer at the International Judo Federation Grand Prix that concluded in Antalya went to 14 different countries – and happily for the home crowd that included Turkey.

Ozerler, ranked 47 in the world, had competed for Slovenia as Mihael Zgank before switching to Turkey last year.

He won his first medal for his new country with a devastating harai-goshi for ippon to kick-start his belated qualification bid for Tokyo 2020, having defeated another Georgian, former world champion Avtandili Tchrikishvili, in the semi-final.

Roy Meyer of the Netherlands produced one of the best performances of his career to defeat Georgia’s Levani Matiashvili in the final of the men’s over-100kg class, making his decisive move with an o-soto-gari after 17 seconds of golden score.

The first bronze medal was won by the Czech Republic’s Lukas Krpalek, the Rio 2016 champion at under-100kg, and the second was claimed by Romania’s Vladut Simeonescu.

In the two concluding women’s events, Azerbaijan’s Iryna Kindzerska required just 17 seconds of her over-78kg final to defeat Brazil’s Beatriz Souza with a harai-makikomi for ippon.

Bronze medals went to Germany’s Jasmin Kuelbs and Kyra Sayit for the hosts.