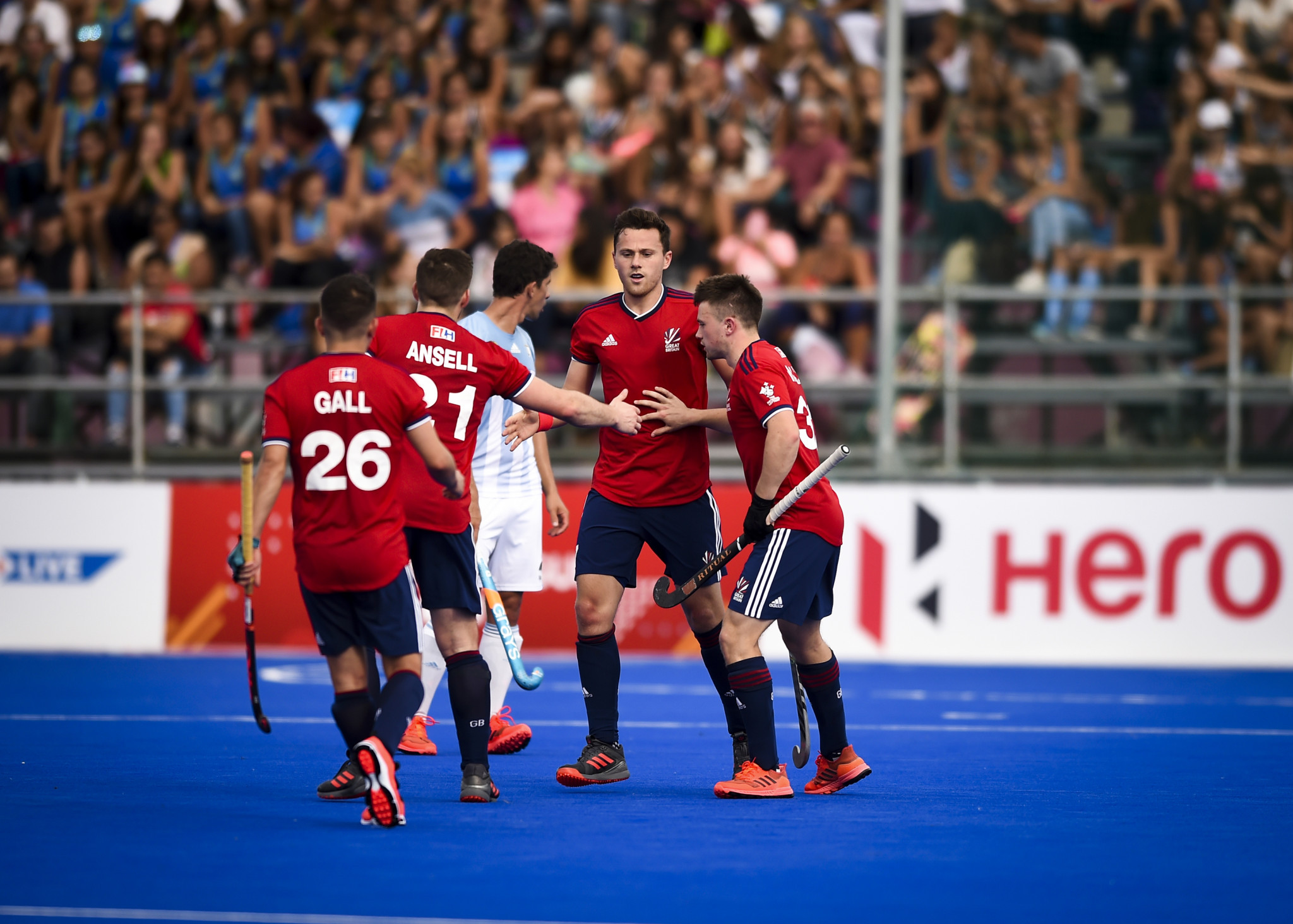 With matches taking place at Estadio Mundialista in Rosario, Argentina’s women won but their men lost, both in high-scoring games.

The scores were opened in the second quarter as Alan Forsyth won, and then converted, a penalty stroke.

Sam Ward found the net with a delicious drag flick from a penalty corner to ensure the score read 2-0 at half time and it became 3-0 in the third quarter when Phil Roper tapped in from close range.

The hosts did then get one back, though, through veteran striker Matias Paredes.

Shortly afterwards, in an attempt to get back in the game, the hosts replaced their goalkeeper with an outfield player but the gamble backfired.

Instead of helping pile the pressure on the visitors, taking the keeper off merely left them vulnerable at the back, letting Forsyth and Roper finish into an empty net for Great Britain's fourth and fifth goals.

“Playing in Argentina on their home patch is pretty tough, so I think it’s great to have a win,” player-of-the-match Forsyth said.

“Even when we didn’t have the right tempo early on, we stuck at it and sneaked a goal to settle us down.”

The result sees Great Britain move into second in the standings with three wins from four, behind only Australia.

Argentina had a better time in the women’s match, which they won by four goals to two.

Despite being up against the reigning Olympic champions, the hosts were favourites, having won their past four Pro League matches without conceding a goal.

With that form behind them, the Argentines entered the match on a high and took the lead four minutes before half time, when Julieta Jankunas finished off a quick counter-attack with a reverse stick shot into the bottom right corner.

By the end of the third quarter, Argentina had gone two goals ahead thanks to a second from Jankunas and another from Victoria Zuloaga.

The result was then put beyond doubt when Maria Granatto scored a fourth for Argentina in the 56th minute.

Sarah Jones got one back for the Olympic champions right at the end, but by then the game was effectively over.