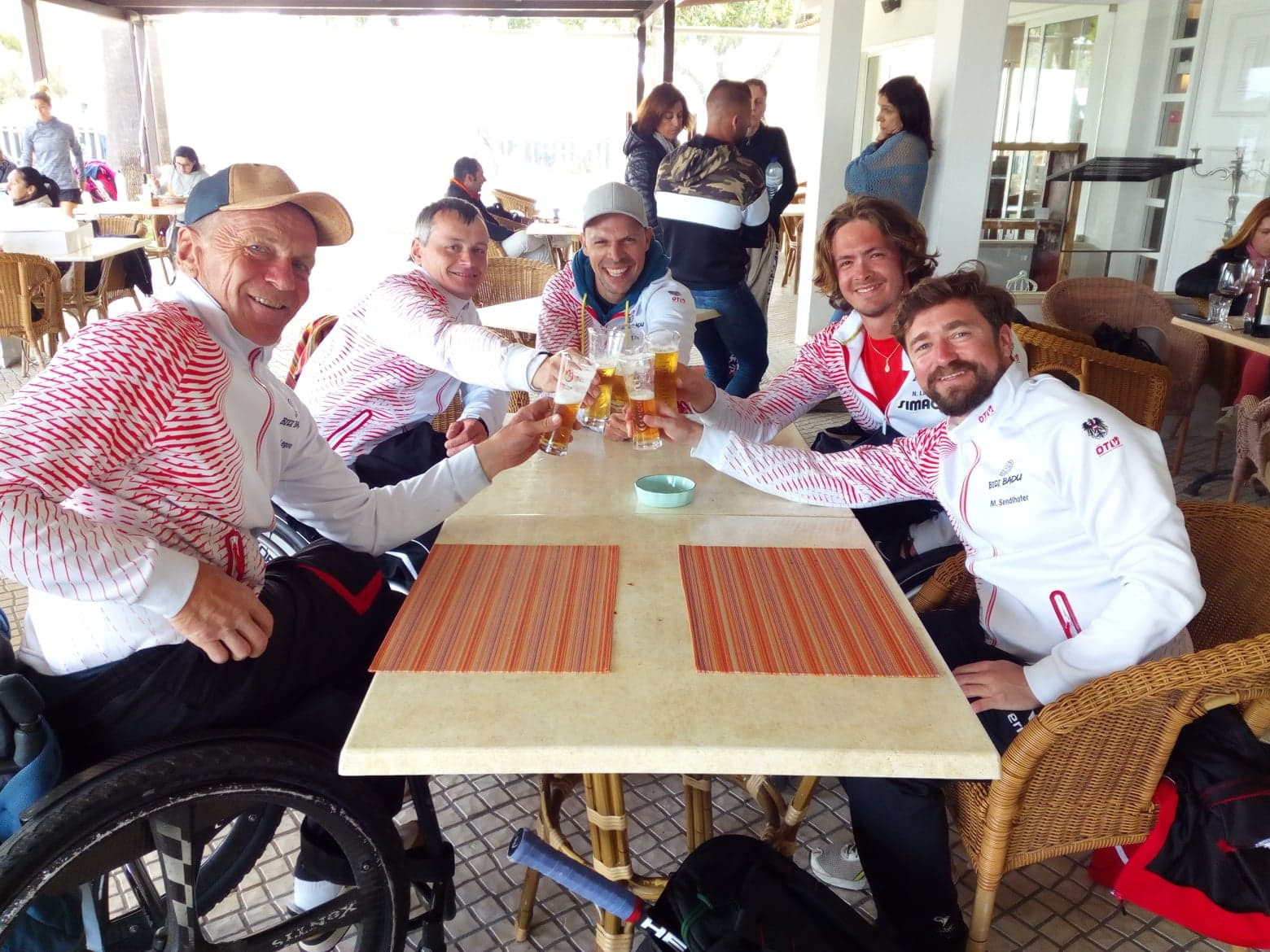 Austria have qualified for the International Tennis Federation World Team Cup finals in Israel after winning the men's title today at the European qualifying tournament in Vilamoura.

After the semi-finals were heavily disrupted by rain, the top seeds saw off Greece 2-1 in the deciding match at Vilamoura Tennis Academy in Portugal.

Josef Riegler got the match off to a perfect start for Austria with a 6-0, 6-3 win over Giorgios Lazaridis in the opening singles rubber, but Stefanos Diamantis brought the Greeks back into it with a 6-2, 4-6, 6-2 victory against Nico Langmann.

With it all down to the deciding doubles rubber Langmann and Martin Legner then teamed up to put Austria in the World Team Cup finals with a straight sets, 6-1, 7-5 win.

It followed a semi-final match against Poland on Friday that finished 2-0.

Langmann then put Austria in the final with a 6-3, 6-3 victory over Marek Gergely.

Greece made it through a tighter contest against Italy which ended 2-1 after a deciding match tie-break in the final doubles rubber.

The women’s final also went ahead today, in which top seeds Russia saw off second seeds Italy for the third time since 2014.

That also finished 2-1, as Marianna Lauro beat Liudmila Bubnova 6-1, 6-4 to initially put Italy in the lead.

Viktoria Lvova was then pushed all the way in her attempt to bring Russia level, but she did eventually triumph 7-5, 1-6, 6-3 against Giulia Capooci, before Russia’s win was sealed by Bubnova and Lvova surpassed their opponents in a deciding tie break.

With the European qualifier over, the World Team Cup grand finals will take place in Tel Aviv from May 13 to 18.