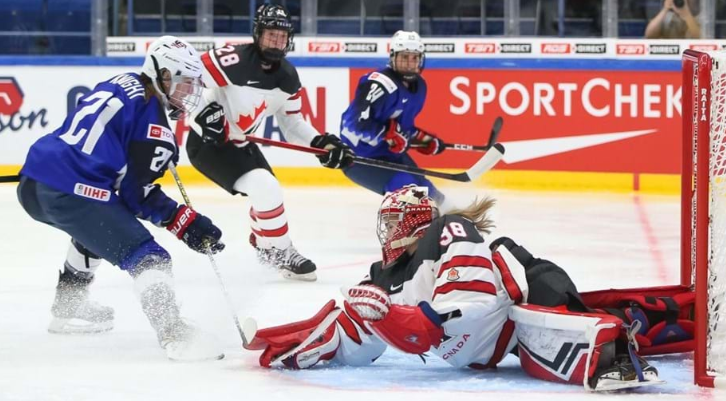 Both teams had won their opening Group A match at the Finnish city's Metro Areena.

The US edged the opening period with Hilary Knight and Kendall Schofield finding the net, either side of a strike from Canada’s Sarah Nurse.

Canada levelled again when Brianne Jenner scored early in the second period, but Annie Pankowski then fired the US 3-2 in front.

Despite Canada’s best efforts, they were unable to draw level for a third time.

The US, who have won every world title since 2013 and secured gold at the 2018 Winter Olympic Games in Pyeongchang, top Group A with two victories.

Hosts Finland produced an impressive performance to overcome Russia in their second match.

The result saw Finland move up to third in Group A, above Russia on goal difference.

Czech Republic lead the Group B standings after recording their second victory.

The Czech team claimed a hard-fought 5-3 win over Sweden.

Germany lie second in the standings, following a 3-2 victory against Japan.

All teams in Group A will progress to the quarter-finals, where they will be joined by the top three nations from Group B.

The countries which finish in the bottom two of Group B will be relegated.