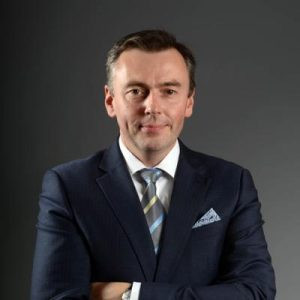 The President of the World Snooker Federation (WSF) Jason Ferguson has blamed poor governance for the sport’s failed Paris 2024 Olympic bid and claimed the World Confederation of Billiard Sports (WCBS) is “not fit” to lead the sport into the Games.

Alongside pool and carom billiards, snooker attempted to gain inclusion for the Olympic Games in five years’ time but was overlooked by the Organising Committee in favour of skateboarding, sport climbing, surfing and breakdancing.

Speaking to China Daily, Ferguson, who is also chairman of the World Professional Billiards and Snooker Association (WPBSA), called the failed bid “a golden opportunity wasted”.

“It’s disappointing for me as a promoter and the head of snooker’s world governing body to see billiard sports fail to meet the standards of management that I expect,” he said.

“It was controlled by all the other cue sports, we had little involvement.”

Snooker launched its campaign for inclusion with a special ceremony at the Eiffel Tower in November last year.

It was attended by former world snooker champion Shaun Murphy as well as representatives from the French Billiard Federation and WPBSA vice chairman Nigel Mawer.

Snooker had also attempted to gain inclusion at Tokyo 2020 without success and the 2024 bid was described as “serious”, but the sport was always considered an outsider.

The bid had reportedly been managed by the WCBS – the umbrella organisation representing all cue sports – and Ferguson said the way they had presented it had not been compelling enough.

“The WCBS, in our view, is not fit to carry our sport into the Olympic Games,” said Ferguson, who resigned as WCBS President two years ago.

“We believe major reforms are necessary.”

Instead, he suggested China could take a leading role in a new bid for the 2032 Games, believing the 2028 event in Los Angeles would not provide a realistic chance of inclusion.

"China is a very strong nation in terms of IOC [International Olympic Committee] support, and I think China could lead our Olympic bid.

“In fact, if we take the people at the top of the table today, we have the WPBSA, the CBSA (Chinese Billiards and Snooker Association) and Xingpai Group.

“That team could drive our Olympic bid for snooker."

Snooker is growing in China, with the country reportedly building a specialist 4,000-seat arena in Yushan County.

Among the 128 players on the World Snooker Tour this season, 24 are from mainland China.

Only England provides more players, with 55.