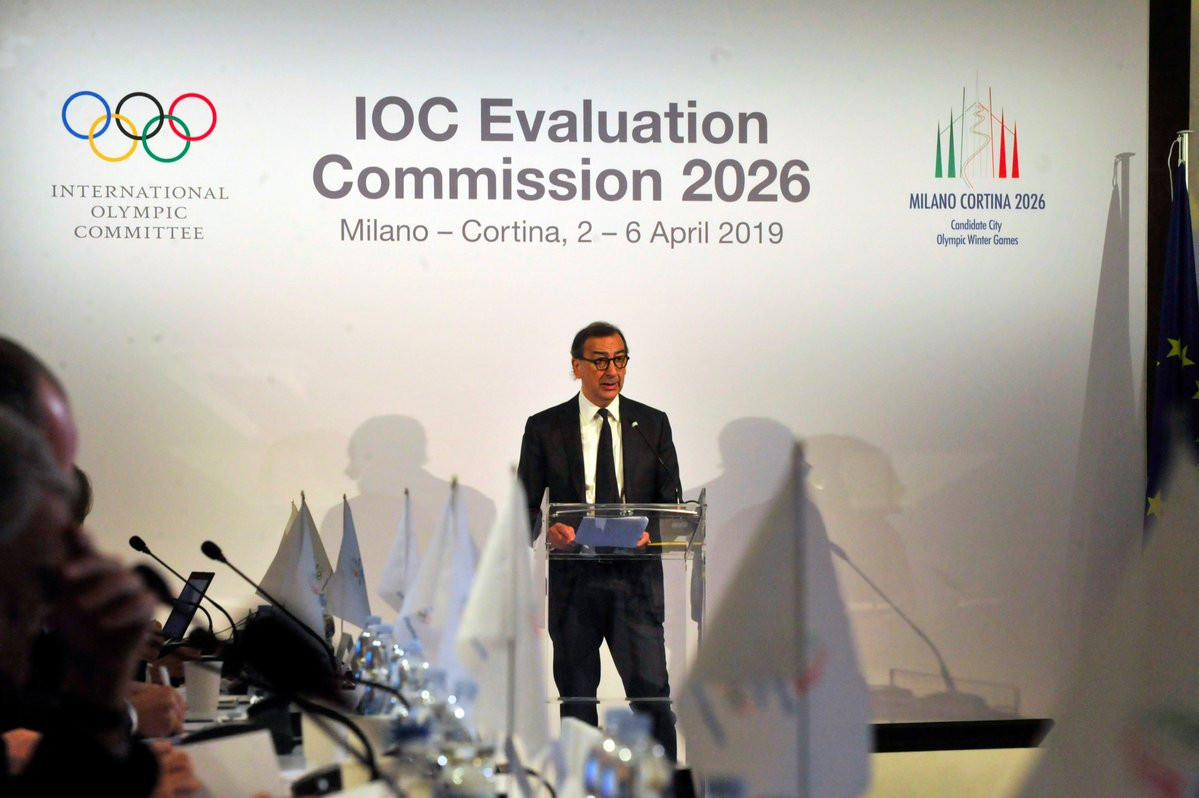 Milan Mayor Giuseppe Sala has claimed hosting the 2026 Winter Olympic and Paralympic Games could be worth as much as €3 billion (£2.5 billion/$3.4 billion) to the Italian economy.

He revealed the figure when he addressed the International Olympic Committee (IOC) Evaluation Commission, led by Romania's Octavian Morariu, here today during a working session.

"We asked Bocconi [University] to study the economic impact of the Games on the territory and based on their data against an estimated investment of €868 million (£748 million/$974 million) and operating costs of €952 million (£820 million/$1.1 billion), revenues of at least €3 billion will be generated and a value added €1.2 billion (£1 billion/$1.3 billion)," he told them.

The figures are even higher than a similar Italian Government-commissioned survey into the bid from Milan and Cortina d'Ampezzo published last month by Rome's La Sapienza University.

But Sala urged the IOC to look beyond the figures.

"Milan and Cortina have the Olympics in their hearts," he said.

"They are the great goal of our city: not of a group of technocrats and politicians but of the entire population, from the elderly to children.

"The Games must leave a legacy to the local community."

Tomorrow, the results of the IOC-commissioned public opinion poll are due to be published.

The last time the IOC conducted a survey, it was a three-way city bid also involving Turin, hosts of the 2006 Winter Olympic and Paralympic Games but who subsequently withdrew following a row with Sala over who would lead the bid.

Then, 81 per cent of the Italian public were in favour.

"We are supported by the majority of the population, as every survey shows," he said.

"It is a resoundingly important datum, which I believe has a great impact on the evaluations of the [IOC] Commission.

"Lombardy and Veneto are the two most productive regions, but we have the support of the whole country.

"Ours is a courageous candidacy, characterised by a low-cost but high-quality project, in the wake of the IOC's Agenda 2020."

The working session between the IOC Evaluation Commission and Milan Cortina 2026 is due to conclude the five-day visit tomorrow before a final press conference.

The IOC Evaluation Commission is due to publish its report, which will also analyse Milan Cortina 2026's only rival, Stockholm Åre 2026, which they visited last month, before the end of May.

A host city is due to be chosen at the IOC Session in Lausanne on June 24.