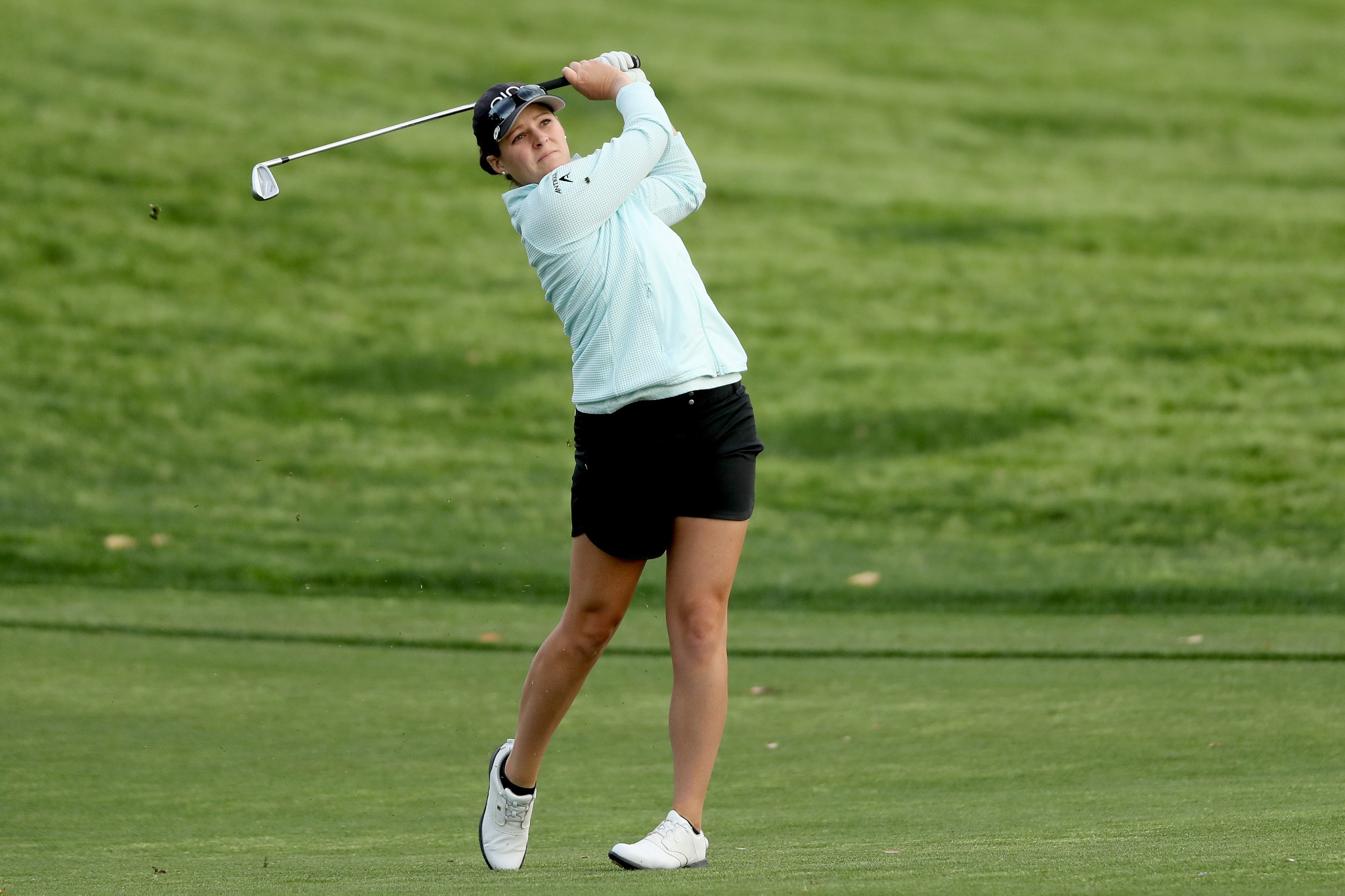 American Ally McDonald shot a four-under-par 68 to lead after the first round of the ANA Inspiration in California.

The world number 106 looked set to finish tied for the lead before she birdied the last to go one ahead in the opening women's major of the season at Mission Hills Country Club in California in Rancho Mirage.

McDonald is top of the leaderboard ahead of three players, all of whom finished the day on three-under-par.

Lexi Thompson of the United States, who two years ago left the course in tears when a four-shot penalty cost her the title, birdied the last two holes to finish within one of the lead.

She is joined in a three-way tie by South Koreans Jin Young-Ko and Hyo Joo Kim.

A score as high as 68 has only led the ANA Inspiration after round one twice since 2005, but a high score was perhaps not surprising after 60 yards was added to the course and many landing areas were narrowed.

The first round of golf's first major left us with a crowded leaderboard at the @ANAinspiration.

There are 14 players within two strokes of @allymc10's lead heading into Round 2.

“I played the par fives really well today, which is exciting,” said McDonald.

“On a major championship golf course you have to take advantage of par fives.

“I was a little disappointed with how I handled all the emotion throughout the back nine, because I had a lot of control on the front.

The defending champion Pernilla Lindberg from Sweden is tied for 42nd after round one, having finished one-over-par.